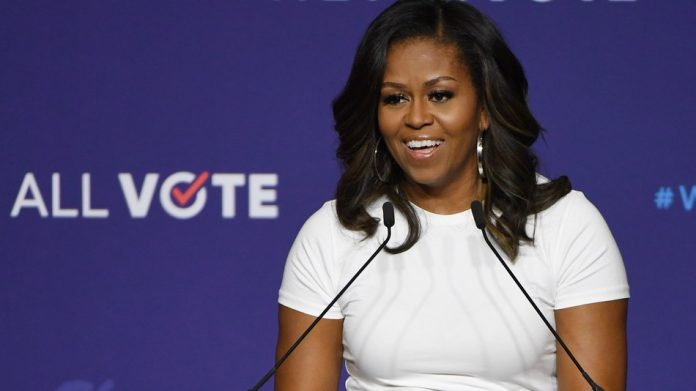 The former First Lady of the United States expressed in a recent interview that she still doubts herself from time-to-time despite her several accomplishments.

Michelle Obama got candid about “impostor syndrome” at the Southbank Centre in London on Dec 3. while conversing with author Chimamanda Ngozi Adichie. She recounted the time she visited an all girls school in 2009 after just becoming First Lady for a few months and had to deliver a speech to an audience of 300 students. She added that self-doubt “doesn’t go away.”

Although the world views the mother of two as a woman of extreme self-confidence, she confessed that’s not always the case according to BBC. Despite her many accolades such as starting the charity “Let Girls Learn” and becoming a published author, she still questions her abilities.

She also elaborated on being caricatured as a Black woman and how people in power try to make “profound for women of color” feel like they don’t belong.

She expressed that Black women are often portrayed in a negative way despite others co-opting “our style, our swag.”
“My advice to young women in that you have to start by getting those demons out of your head,” said the former FLOTUS. “The questions I ask myself – ‘am I good enough?’ – that haunts us because the messages that are sent from the time we are little is: maybe you are not, don’t reach too high, don’t talk too loud.”
Obama’s memoir “Becoming” is currently the best-selling book of 2018.