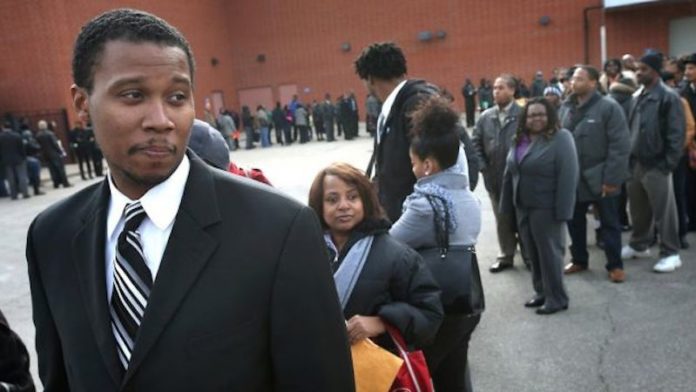 And while Fortune noted that White House officials are saying they are monitoring the situation to see if it’s the start of a downhill trend or just a temporary spike, the administration is still trying to get Black people on its side by touting the record low from earlier.

In fact, on Tuesday, President Donald Trumpused those same statistics during a Black History Month event.

We’re not buying it

But here’s the thing, the Trump administration can’t exactly take credit for the decline in Black unemployment when it started with the Obama administration.

But more than that, the administration can’t win over Black people with unemployment numbers when the rest of their actions belie racist undertones. From calling Mexicans rapists to referring to Haiti and African nations as “shithole countries,” the constant stream of racist incidents can not be erased by one unemployment number.