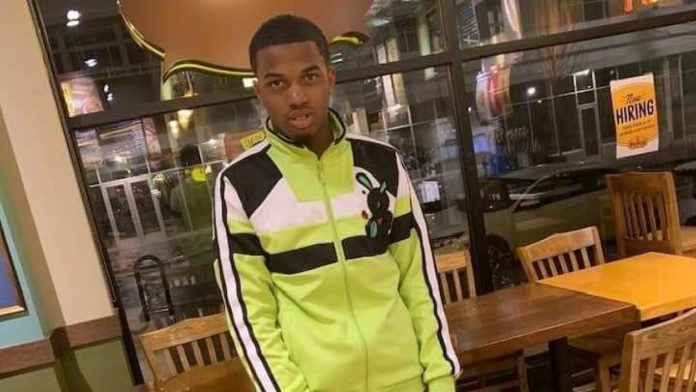 It’s Friday night and the Cole family is spread throughout their living room. Rather than celebrating Albert’s birthday, they’re remembering the life of 17-year-old Alvin Cole.

“He was a blessed child,” Tracy Cole said. “I had lost a child before him and thought I couldn’t have any more kids, so [when Alvin was born], he wound up being my miracle.”

Alvin was at the mall with friends when he was fatally shot by Wauwatosa police outside a mall on Feb. 2.

“I still can’t believe that he’s gone. We were talking about his mother making nachos and him not staying out late,” Albert said. “I dropped him off at his friend’s house [before they went to the mall] and he never made it back.”

Officers responded to a “disturbance involving approximately 10 individuals inside the mall” around 5:40pm, according to Wauwatosa Police Chief Barry Weber at an earlier press briefing.

Weber said a witness saw one of those 10 individuals carrying a gun.

“Upon seeing officers, at least four suspects fled on foot,” Weber said. “One of them matched the description given of the suspect in possession of the gun.”

Officers chased the group of individuals outside Mayfair Mall in Wauwatosa to the Cheesecake Factory parking lot nearby.

During the foot pursuit, Cole was in possession of a handgun when one officer fired their handgun, striking Cole, Weber said.

Alvin was taken to a nearby hospital by fire officials where he was pronounced dead around 6:30 p.m.

On Feb. 7, five days after the shooting, the Wauwatosa Police Department held a press briefing to share preliminary information regarding the officer-involved shooting.

In a PowerPoint presentation, the police department shared the original phone call to dispatch, radio transmissions, and squad car footage of that evening. The city’s police officers do not wear body cameras so only squad car video footage and audio were provided.

The squad car footage shows Alvin and two other individuals running from police officers. In the video, “drop the gun” is heard several times before the sound of a single gunshot allegedly fired by Alvin. Shortly after, five shots are fired by a single police officer. This information was not detailed in earlier news reports.

“What is clear and not a matter of dispute is that the deceased fired his weapon before the police fired theirs,” Police Chief Barry Weber said at the press briefing.

According to police, Alvin had a 9 mm semiautomatic handgun that was reported stolen in October. Alvin was seen wearing a fanny pack, which officers learned contained a magazine with 35 rounds in it. This was the first public statement by the police department since the shooting.

A day after the shooting, members of Alvin’s family, friends and community gathered for a candlelight vigil in the parking lot where Alvin was shot. More than 100 people attended.

Alvin’s dad, Albert, said witnesses at the scene told him his son was shot in the back running away from police officers, WTMJ-TV reported. The Milwaukee Police Department leading the ongoing investigation has not responded to requests to comment on that detail.

King Rick with the Original Black Panthers of Milwaukee spoke on behalf of the Cole family at the vigil.

“We are going to demand a clear, transparent investigation. The family is hurt. The community is hurt. We need answers, and we are demanding answers. This was a young man, a child, a young Black man. Children make mistakes. Children get in trouble, but do they deserve to die for that?”

At the dinner table, Tracy shares memories of Alvin with her daughters, Taleavia, 21, and Tristiana, 28.

“That boy, he wasn’t cheap,” Tracy said laughing. “And the boy eats. He eats you out of a home and house.”

Taleavia remembers their shared love for rapping and mathematics. When Taleavia was studying for the ACT in high school, Alvin would do the math problems alongside her. When they weren’t doing work, they would have rap battles in the house.

“Our number one thing was rapping,” Taleavia said, “He thought he was [a better rapper], but yeah, no.”

While Alvin had problems at school, his family shared that he was getting his life back on track. He was set to graduate from Vincent High School this spring with plans of joining his sister Taleavia at Jackson State University for college.

“He used to always say, ‘People gonna remember me Mama’, but I didn’t want people to remember him like this,” Tracy said.

Mayfair Mall security declined to comment. The Wauwatosa Police Department has not yet responded to a FOIA request for additional audio and video footage. Alvin has still not been officially identified by police. He was identified by family and friends.

This is the fifth Wauwatosa police officer-involved shooting in five years. Per policy, the officers involved in the shooting were placed on administrative leave. Their names have not been released. The Milwaukee Police Department is leading the investigation.

Back at the Cole household, the family gathers around the dinner table overlooking a poster board that Albert is making. There are dozens of photos of Alvin throughout his life.

“It’s my birthday, but it doesn’t feel like my birthday,” Albert says again. “So I’m going to listen to some music and remember my son.”