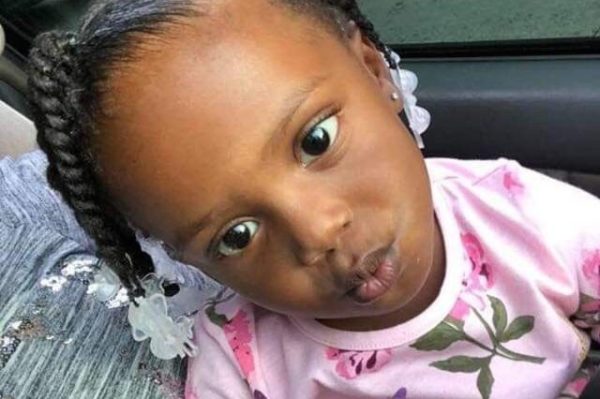 The killing of a Black toddler in Milwaukee has led to controversy over the way a local newspaper included coverage of her death.

A violent road rage incident claimed the life of 3-year-old Brooklyn Harris on July 14. The young girl, who had just celebrated a birthday July 1, had been in her mother’s vehicle when the Milwaukee Journal-Sentinel reported a man in a black SUV shot through the back windshield. As bullets came through, Brooklyn was struck in the head.

She ultimately was taken to Children’s Hospital of Wisconsin to get treated but was pronounced dead shortly after. Her mother, Arneatha Miller, created a GoFundMe account to raise funds for her funeral, which was held Tuesday.

“She didn’t even get a chance to enjoy being 3-years-old,” Brooklyn’s grandmother, Lasagna Ferguson, said to WISN.

By July 17, charges had been filed against 39-year-old Antonio Bratcher for his involvement in the shooting, Fox 6 reported. Among them are first-degree reckless homicide, five counts of first degree recklessly endangering safety with the use of a dangerous weapon and possession of a firearm by a felon as well as eluding an officer.

But the Journal-Sentinel was embroiled in a major backlash days later when a multiple-choice question was published in the paper Saturday.

“A 3-year-old girl was shot and killed last Saturday morning in Milwaukee. Where was she when it happened?” read the first question in the July 20 news quiz.

A list of four choices letters a through d followed. They were: “a playground,” “in her living room,” “the sidewalk in front of her house,” or “the back seat of her mother’s car.”

Photos of the quiz made the rounds on social media, where outraged users expressed their issues with the prompt.

“A little Black girls death was referenced for tivia..people should be fired!”

“This is disgusting. @journalsentinel y’all are absolute scum for this. Why would this ever be okay?”

“Today @js_newswatch decided that a little Black girl killed in the city should be used as a fun fact. The level of disrespect and disdain for Black life is on full display here.”

“This is insensitive beyond belief. Who at the @journalsentinel thought this was actually ok?”

“I used to always have to apologize for stuff like this when I worked at the JS. I don’t have to anymore but I’m still sorry when it happens. The newsroom needs more diversity and intelligent decision making to avoid this from happening.”

In an apology post made to the publication’s social media channels Sunday, the Journal-Sentinel said the following.

“In Saturday morning’s printed Milwaukee Journal Sentinel, a weekly news quiz included a question relating to the circumstances of the tragic death of 3-year-old Brooklyn Harris. We apologize for our insensitivity, and regret that this occurred,” the message read.

Further, the editor, George Stanley, wrote a longer apology on the newspaper’s website on Friday, July 26.

“As soon as I learned about the insensitive question, I contacted Brooklyn’s mother and grandmother and told them how sorry I was. They were gracious and generous in taking my calls,” Stanley wrote. Adding that an apology was published the following morning, he said the paper “set out to see how this happened to ensure we never make this mistake again.”

“The staff member who put together the weekly quiz for the Saturday Green Sheet section said he chose questions from the most widely read and important stories of the week. It was not a malicious idea but it was poorly conceived and executed,” the letter continued. “I say this only to help explain how it happened, not to excuse it. I’m embarrassed by the question and dismayed that we added any pain to Brooklyn’s grieving family, and the community. That’s the last thing we would ever want to do.

“The news quiz will no longer appear in the Journal Sentinel,” he added before noting that meetings have been held with leading victim advocates in the city and discussions have been held regarding methods of avoiding another similar issue over sensitive matters.

The writer of the quiz also offered a statement, which read, “I am truly sorry for having written the question in the weekly current events test about the tragic death of 3-year-old Brooklyn Harris. It was in no way intended to belittle or treat lightly what happened, or to downplay how much the community is hurting. The question was intended to underscore the repeated horror of the deaths of innocents in our community. Instead, through my insensitivity and lack of judgment, it caused more hurt and pain. I sincerely apologize to her family and the community.”