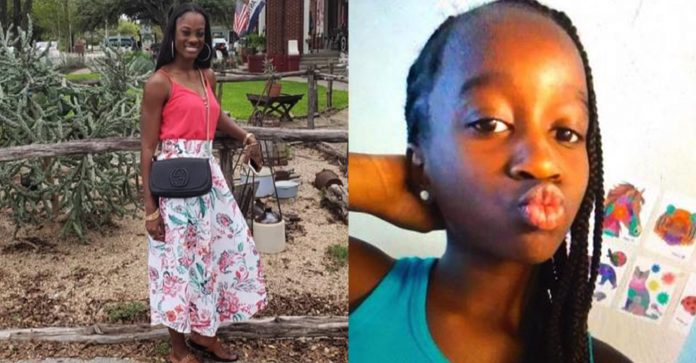 Have you heard of Andreen Nicole McDonald of Texas?

Like thousands of other Black females who’ve gone missing, there has been no national media coverage of her disappearance.

Earlier this month, her husband, Andre McDonald, was arrested in connection to his wife’s disappearance. Andreeen is still missing, but presumed dead.

“He tried to destroy the receipt for those items to conceal the timing and whereabouts of his purchase,” said Deidra Robey, founder of Black and Missing But Not Forgotten, a nonprofit based in Baton Rouge, La.

“After his arrest, the news coverage seemed to stop. It did not go beyond local news, and even though the FBI is involved in the case, the story was never picked up nationally. I can only imagine that this is because she’s just not the right color,” Robey said.

When Victoria S. Wright was last seen, at about 5 p.m. on Wednesday, March 27, the 13-year-old was clutching a silver fannie pack and standing on the porch of a family member’s home along Dale Drive in Portsmouth, Virginia.

Police suspect she may have run away. However, there’s a chance that the longer she’s missing Victoria, like McDonald and so many others, will join an ever-growing list of black girls who are gone and have been sadly forgotten by mainstream media, where coverage is too-often manipulated by the latest thong or see-through attire worn by a Kardashian, or the most recent tantrum thrown by President Donald Trump.

As Trump cries that a border wall is needed to eliminate an imaginary crisis, organizations like the Black and Missing But Not Forgotten, the Black and Missing Foundation (BAM) in Landover Hills, Maryland, and the National Center for Missing and Exploited Children (NCMEC) in Alexandria, Va., struggle to shed light on the real emergency that is of the nation’s missing.

More than 424,066 girls of all races have gone missing since the beginning of 2018, according to NCMEC.

More than half of the total are women and girls of color, according to BAM, who, like NCMEC, rely on statistics from the FBI.

“The majority of these children most likely come from marginalized communities, and are primarily low-income people of color,” said Dr. Ronnie A. Dunn, an interim chief diversity & inclusion officer and associate professor of Urban Studies at Cleveland State University.

“Given this nation’s racially stratified socioeconomic class hierarchy, as evidenced throughout institutions in America where poor children of color have worst outcomes on all quality of life indicators, their lives are devalued in relation to upper class white youth,” said Dunn, whose authored two books, “Race Profiling: Causes & Consequences,” and “Boycotts, Busing, & Beyond: The History & Implications of School Desegregation in the Urban North.”

“And even within that, while this nation espouses the valuing of children in general, this does not appear to be the reality as evidenced by the failure to act in the face of the onslaught of mass school shootings from Sandy Hook to Stoneman Douglas where the majority of those killed were middle class white youth. Therefore, we see less media attention paid to missing children, particularly those of color.”

The ignorance toward the black and missing isn’t a new trend.

Black and Missing But Not Forgotten, BAM and NCMEC each maintain a database that dates back decades.

Jeffrey Lynn Smith, who today would be 49, went missing on Dec. 4, 1985, from her Hot Springs, Arkansas, home and hasn’t been heard from since.

“I’m a forensic psychiatrist and legal analyst on television, so I pay attention to media reports of crimes and missing children,” said Dr. Carole Lieberman.

“The media doesn’t do enough reporting of all the missing children, especially black children … this tells the viewer that it’s more important to find white children,” Lieberman said.

“There aren’t even any – or many – pictures on milk cartons of missing children anymore because they decided it was too upsetting to children eating breakfast. We need to do more to find missing children and do more to stop the family problems such as abuse that causes them to be vulnerable to predators or leave home to begin with.”