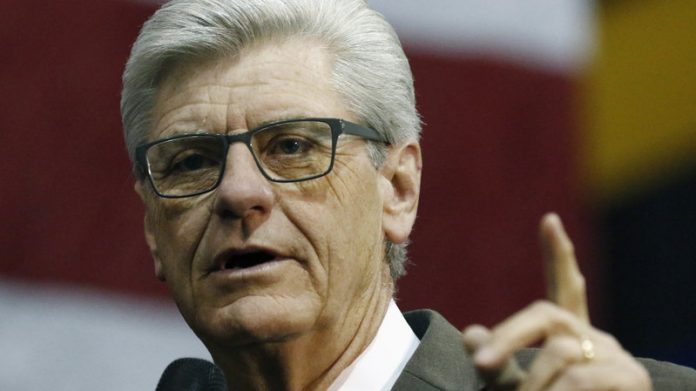 Mississippi’s Republican governor, while speaking at an annual criminal justice forum, blew a racist dog whistle about “baby daddies”—a new low to add to his previous comments about abortion as “Black genocide.”

In his remarks, the conservative governor blamed the absence of a committed father in the home for criminality. He added that to reduce incarceration rates, people should aim for two-parent households. Bryant recalled how he once talked to a group of high school young men at his annual Mississippi Boys State conference about how much the family structure has changed over the years.

“I said they even changed the name to what you guys are now? Not dads or fathers anymore. What are they? Baby daddies. What a sad commentary for this nation,” Bryant said at Tuesday’s forum, recalling what he told the boys. 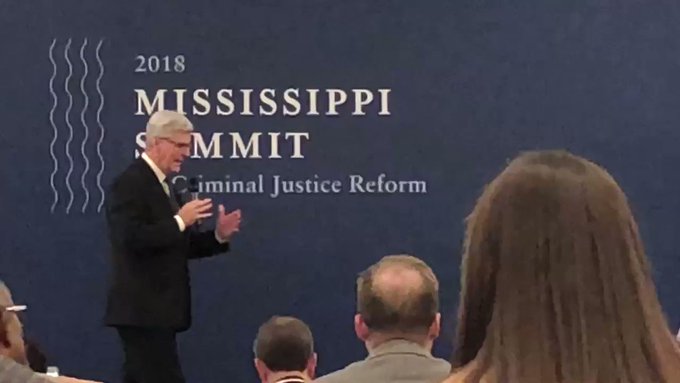 He was promoting a racist stereotype about African-American fathers.

Black men, compared to white and Latinx fathers, were the most involved in their children’s daily lives—from talking to their kids to helping them with homework—according to a 2013 Centers for Disease Control and Prevention study.

Most Black fathers live with their sons and daughters, the book “All In” by Josh Levs noted. About 2.5 million Black fathers live with their children, while approximately 1.7 million of them are not under the same roof as their kids. While some of these fathers are not married to the mother of their children, that doesn’t make them absentee parents, as The New York Time’s Charles Blow has underscored.

Bryant is no stranger to this type of controversy. He came under fire in November while defending Republican Sen. Cindy Hyde-Smith for joking about “public hangings” at a campaign stop for the U.S. Senate against a Black candidate.

The governor fired back at Hyde-Smith’s critics by arguing that he and the senator are not racists because they oppose abortion, which he labeled as Black genocide, ThinkProgress reported.

Pro-choice advocates quickly pointed out the racist meaning behind the governor’s remarks.

“No one from the anti-choice movement, almost never, frames white women — who have the most abortions in the country — as having committed genocide. It’s a specific charge that they only lodge at Black women. It’s a specific type of shaming and stigmatizing,” Mississippi Reproductive Freedom Fund Executive Director Laurie Bertram Roberts responded, according to Life News.