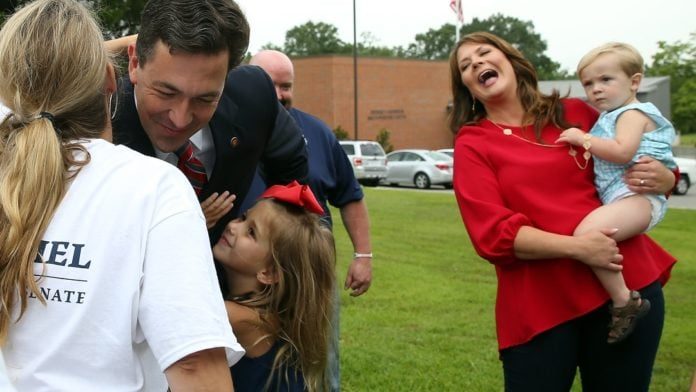 A Republican candidate for the U.S. Senate in Mississippi wants Black people in the state to stop “begging” for scraps, the Clarion Ledger reported.

McDaniel made the comments during an edition of MSNBC’s Morning Joe show taped live at Ole Miss – a.k.a. the University of Mississippi—the same campus trying to leave in the past its 1962 riots launched by segregationists opposed to the enrollment of James Meredith. Today’s Ole Miss was not having it, and roundly booed McDaniel, a Mississippi state senator.

The exchange unfolded during a televised talk that edged into touchy topics: Mississippi’s state flag that includes a Confederate emblem, whether hip-hop music contributes to gun violence and McDaniel’s praise of Confederate General Robert E. Lee as a “man of unimpeachable integrity” who “opposed slavery.”

Interviewer Eddie Glaude Jr., chairman of African-American studies at Princeton University, asked McDaniel how he would convince the Black people who make up 38 percent of the state that he is “not a danger to them.”

This did not sit well with audience members, who jumped into a rousing chorus of boos.

In a still later message to the Clarion Ledger, McDaniel questioned the news organization’s decision to focus on one comment that was part of an 11-minute segment. He also further clarified his position, saying in the message that Mississippi is “the dead last state of the Union in terms of wealth and economic prosperity, based on outdated economic models.”