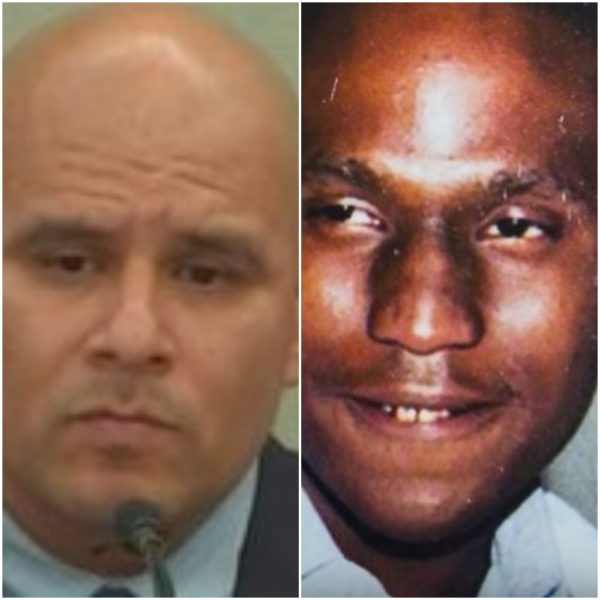 A group of Dallas mothers is demanding a deadly shooting case involving the Dallas cop who had an affair with Amber Guyger be reopened after Guyger’s trial unveiled he destroyed evidence in her case.

The discovery has the Mothers Against Police Brutality coalition not only calling for the officer’s badge but for a new investigation in the death of a 20-year-old unarmed Black man Rivera shot and killed 12 years ago, according to The Dallas Morning News.

Collette Flanagan, one of the organization’s founders, spoke with the newspaper at a press conference Sept. 25.

Although a grand jury failed to charge Rivera with a crime, the organization is hoping new policies put in place since the decision will work in its favor, such as one requiring the district attorney’s office to independently look into officer shootings, according to The Dallas Morning News.

Brandon Washington was killed March 22, 2007, outside a Pleasant Grove convenience store, after a clerk accused him of stealing a candy, multiple news reports reported.

Rivera shot Washington in the head and leg after the man stalled in taking his hands out of his pockets, according to police records The Dallas Morning News obtained.

The victim had a cellphone in his pocket, his mother, Antoinette Washington told the newspaper.

The woman, who spoke at the news conference, broke down crying when as she talked about her life since her son’s death news.

She said her son earned the nickname “Lil Wimp” as a baby because he struggled to lift himself up to crawl and that he didn’t have a violent history, according to The Dallas Morning News.

“It blew my mind to see him in another case,” Washington said of Rivera. “I knew he was no good then and justice is fixing to prevail because he killed my child for no reason.”

Guyger was convicted Tuesday and sentenced to 10 years Wednesday for shooting and killing Jean.

Before then, the county hadn’t seen a cop convicted of murder since the cop who shot 12-year-old Santos Rodriguez, in the head after handcuffing and interrogating the boy Russian roulette-style about a burglary, the newspaper reported.

Sara Mokuria, another Mothers Against Police Brutality founder, told the newspaper fatal cop shootings deserve to go to trial and that Guyger’s trial revealed the special treatment she received after killing Jean.

“Trials like this are extremely important because they lift the blue veil and show us what’s happening in the police department,” Mokuria said.