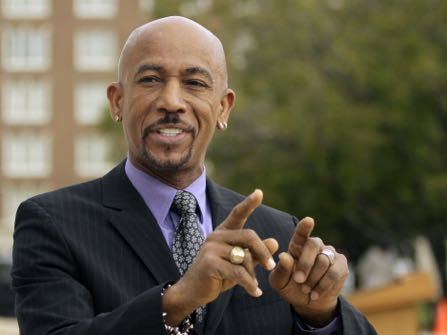 Montel Williams, the former talk show host who also has a decorated past as a member of the highly regarded Navy SEALS, has injected himself into the fray following this past weekend’s annual football game between Army and Navy that featured at least three young military students gesturing with their hands to form what looks like a classic “OK” sign behind a sportscaster broadcasting live. Even though it has become widely known as a white power hand symbol, Williams is insisting that there is no “evidence” that the gestures were inspired by racism.

Both West Point and the Naval Academy said they were investigating the claims but as of Wednesday morning, there had been no apparent conclusion — despite the apparent consensus that the cadets and midshipman were indeed holding up the white power hand sign.

“Both West Point and Annapolis are investigating, and it strikes me as defamatory that some in the media have branded these young people as racists without a shred of evidence,” Williams tweeted on Monday as part of a brief statement. “I understand that a handful of racists (perhaps living in their parents’ basements) attempted to co-opt the ‘OK’ sign as a symbol of white power … but that is not evidence that these kids were motivated by racial animus.”

No one should be confused: Irrespective or whether it was racially motivated, this was unacceptably immature conduct in uniform. The question for me is not whether to hold them accountable – it’s what to hold them accountable for (racism or garden variety immaturity). https://twitter.com/montel_williams/status/1206645694519533568 …Montel Williams✔@Montel_WilliamsSo about the #ArmyNavy game and those hand gestures… Somehow and inexcusably, without a shred of evidence, too many in the coastal media have branded these kids racists…

His opinion didn’t seem to match up with that of the social media masses, which instantly recognized the gestures to be a symbol that the Anti-Defamation League said “became a popular trolling tactic on the part of right-leaning individuals, who would often post photos to social media of themselves posing while making the “okay” gesture.

Even more damning, the hand gestures came at a time when racism and white supremacy have been flourishing on all levels of the American military. A closer look at recent history shows that the military members’ apparent white power hand sign at the football game was far from an isolated incident.

White supremacy has also been seemingly embraced by various law enforcement departments, as seen recently when a photo showed a group of corrections officers throwing up celebratory Nazi salutes.

And while having racists in police departments is troubling enough, there was a sign — literally — that white supremacy has infiltrated the highest levels of law enforcement in the country: the Supreme Court of the United States. That indication was all but confirmed when a woman flashed the “OK sign” during the Supreme Court confirmation hearing for Brett Kavanaugh last year. The woman, Zina Bash, has been described as a former assistant for Kavanaugh whose husband also has a relationship with Kavanaugh, a conservative justice credibly accused of sexual assault who still went on to be confirmed to the lifetime position on the highest court in the land.