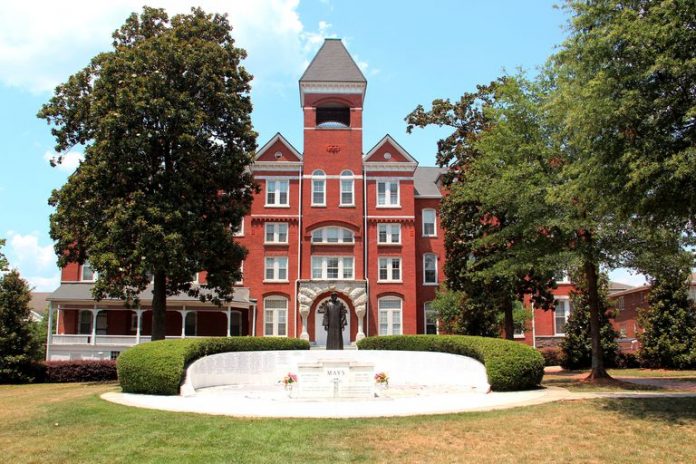 Morehouse College is being accused of protecting an associate professor who allegedly sexual harassed a first-year student on a study-abroad trip to Brazil. The student filed a lawsuit against the HBCU on Monday.

According to the Atlanta Journal Constitution, “The unidentified student said assistant professor Robert Peterson ordered the student, who was a minor, alcoholic drinks on the flight to Brazil. Peterson groped his genitals on the flight, the student’s attorney said in the complaint. Peterson ordered alcoholic drinks for other underage students at a pool party during the trip and sent sexually explicit photos to students.”

The complaint also alleged he was “known as a professor that exchanged good grades for sex.”

The student claimed he filed a formal complaint in December 2017, but Morehouse said it wasn’t received and the student resubmitted the complaint in January. The Atlanta Journal Constitution reported, “The student said he suffered academically and left in fall 2017. Administrators did little to help him when he attempted to return to Morehouse at the start of this semester, the student and his family claims. The student is seeking unspecified monetary and punitive damages.”

Peterson has denied the allegations and has reportedly been placed on leave. He denied to comment to The Atlanta Journal Constitution. On Monday, the lawsuit was filed in Fulton County Superior Court.
This isn’t the first time Morehouse has been accused of protecting people accused of sexual assault. In December, the New York Times reported there were fliers circulating on the campus that read, “Morehouse Protects Rapists.” Over 70 Spelman professors came forward to support students coming forward about sexual assault.