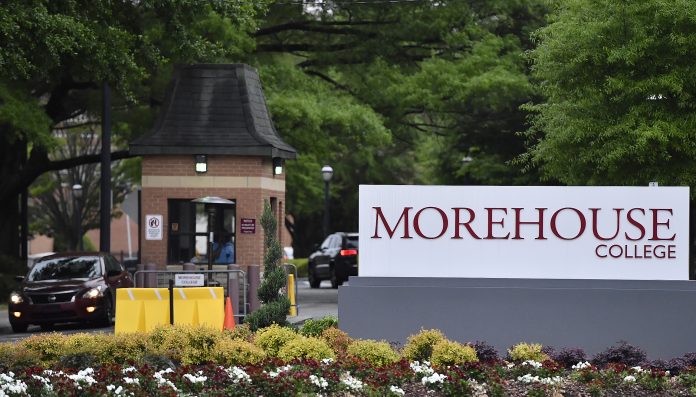 The same month Morehouse College announced even more people would feel the impacts of a $34 million gift to the school’s graduates the Atlanta HBCU’s president is planning cuts to employee salaries and retirement contributions.

Morehouse College President David Thomas announced Tuesday that starting Oct. 1the school will stop matching retirement fund contributions for the next nine months to bolster student aid, according to a statement the school emailed to Atlanta Black Star Friday.

“The temporary furloughs, which will lead to a cost-savings of $3 million, will not interrupt classroom instruction or programming,” Morehouse spokesman José Mallabo said in the statement. “The College had to consider the cost reduction to invest in the physical plant and infrastructure.”

The school is also planning to impose a monthly furlough day for most professional staff and faculty members, and “some staff roles will be absorbed,” Mallabo said.

“The number of staff impacted by the cutbacks and absorption of roles is small, and no faculty will be removed,” he added. “The College will also restrict certain expenditures to ensure that the student experience, both inside and outside of the classroom, is maintained and enhanced, where possible.”

Morehouse made the announcement just days after billionaire tech investor Robert F. Smith announced last Friday that his $34 million promise to eliminate student loan debt of the 2019 graduating class will also include the educational debt accrued by parents of those students.

In addition to that donation, the college announced Friday that Dr. William F. Pickard and Judson W. Pickard Jr. donated $2 million to fund a new scholarship for students from the benefactors’ childhood hometowns.

Those areas include the Cincinnati area, greater Detroit, Flint, Mich. and LaGrange, Ga., which is about 65 miles southwest of Atlanta.

“We are trying to take an approach that creates the least disruption to our education programs as well as to the quality of student services,” Thomas told The Atlanta Journal-Constitution.

He said he is “among the employees who will be affected.”

The school has 415 full-time employees, and the budget slashes are meant to save $3 million amid a debt of $5 million in unpaid tuition and fees for 500 students, Yahoo News reported.

“These students are trying to piece together a way of staying at Morehouse,” Thomas said. “We know from Morehouse history that in those 500 students are a great number who can go out and do amazing things in the world.”

Tuition costs at the private, all-male college are about $28,840 this school year, and tacking on room and board pushes costs to more than $40,000, according to the school’s website.

“Morehouse is not immune to the forces that are reshaping higher education in America, especially for small liberal arts colleges that are tuition dependent,” Thomas told the AJC.

He said the rising cost of a college education “has outstripped the growth in middle-class family income by several multiples.”

“As the nation’s only historically black college focused on developing men with disciplined minds who will lead lives of leadership and service, we are committed to the success of the men of Morehouse and will make the necessary adjustments to ensure that they receive a world-class education,” Mallabo said.