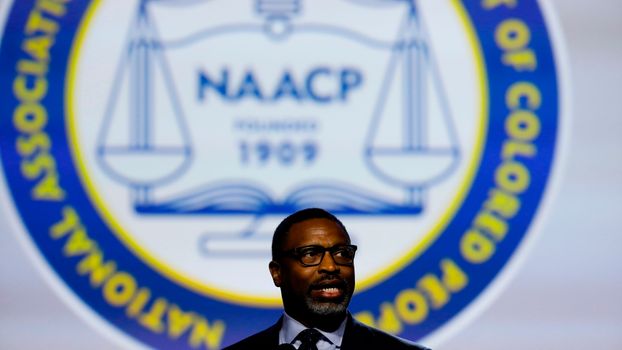 The NAACP, the country’s oldest and largest civil rights organization, enthusiastically passed a resolution Tuesday calling for the impeachment of President Donald Trump.

Delegates from NAACP chapters across the country voted unanimously to move forward with the resolution during the group’s 110th annual convention held in Detroit.REAL LIFE. REAL NEWS. REAL VOICES.Help us tell more of the stories that matter from voices that too often remain unheard.Become a founding member

In a statement following the vote Tuesday, NAACP president and CEO Derrick Johnson accused Trump of leading “one of the most racist and xenophobic administrations since the Jim Crow era.”

“The pattern of Trump’s misconduct is unmistakable and has proven time and time again that he is unfit to serve as the president of this country,” he said. “Trump needs to know that he is not above the law and the crimes that he has committed and he must be prosecuted.”

The decision comes a day after House Speaker Nancy Pelosi (D-N.Y.), who has been reluctant to initiate impeachment proceedings, and Rep. Rashida Tlaib (D-Mich.), one of four Democratic congresswomen targeted in Trump’s racist tirade suggesting they “go back” to other countries, spoke at the convention.

“I’m not going nowhere!” Tlaib said during her speech, referring to Trump’s vitriolic attacks against her and the congresswomen. “Not until we impeach this president!”

At least 88 House Democrats and 1 independent congressman have made public comments advocating for Trump’s impeachment, according to CNN.

Rep. Al Green (D-Texas), whose resolution calling for Trump’s impeachment was tabled in the House last week, said the NAACP’s support for the proceedings could influence how other lawmakers vote on future resolutions.

“Having the NAACP behind this resolution gives us additional strength,” Green told Rev. Matsimela Mapfumo on Tuesday. “I believe that we will impeach this president. … His work is that of a bigot.”

Trump announced last week that he wanted to attend this year’s convention, but won’t be able to because of a scheduling conflict and because he didn’t want to participate in a Q&A session. He said he had agreed to deliver a speech.

“Sadly, the President couldn’t attend this year,” Grisham said in a statement to HuffPost, “but it makes sense that the NAACP invited him to speak at its convention considering he passed criminal justice reform, developed opportunity zones securing record-setting investment in urban areas, and pushed policies that created the lowest unemployment rates ever for African Americans.”

“It’s a bit confusing and unfortunate that the NAACP would now push a political agenda instead of celebrating these historic achievements,” she added.

Trump frequently claims to have strong support among African Americans, despite having won only 8 percent of the black vote in the 2016 election.