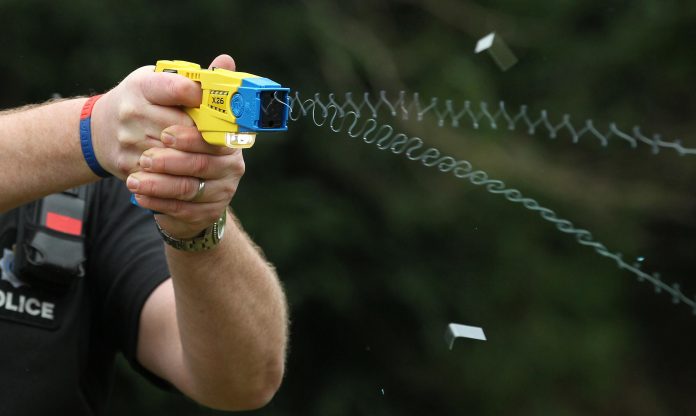 The NAACP Legal Defense and Educational Fund (LDF) is asking the U.S. Supreme Court to overrule a lower court that cleared officers in the Taser killing of an unarmed Black man in 2013. LDF filed a petition on Friday. If the appeal is successful, the officers would face a trial.

“Officers responded to an unarmed Black man in mental health crisis by using extreme force that had no purpose other than to inflict pain,” said Sherrilyn Ifill, president and director-counsel at LDF. “Using force in this way serves no legitimate law enforcement purpose and clearly violates the Fourth Amendment’s protection against unreasonable seizures.”

LDF and two law firms are appealing the 11th Circuit Court of Appeals’ Feb. 20 decision on behalf of Gladis Callwood. A Lee County, Alabama, deputy sheriff tasered her 25-year-old son, Khari Illidge, 13 times while he was unarmed, naked, on the ground, and in the process of being arrested by multiple officers. Illidge, suspected of trespassing, was having an apparent mental health crisis. After 19 total tasings, he died from cardiac arrest, according to LDF.

The officer violated Taser guidelines and police training, the organization argued. He repeatedly tasered Illidge to make him suffer.

However, the circuit court’s three-judge panel disagreed, siding with a lower court ruling that the deputies had qualified immunity. That legal principle protects government officials from lawsuits unless they violate a “clearly established” statutory or constitutional right.

The way those judges see the case, the deputy used reasonable force. It didn’t matter that Illidge had a 385-pound deputy’s knee in his back, restrained with handcuffs, and hogtied. They argued that Illidge resisted arrest, and any reasonable officer would have tasered him multiple times out of fear.