DefenderNetwork.com
Home NEWS National New CBC Chair: Impeaching Trump ‘Is Not Going To Be Top On... 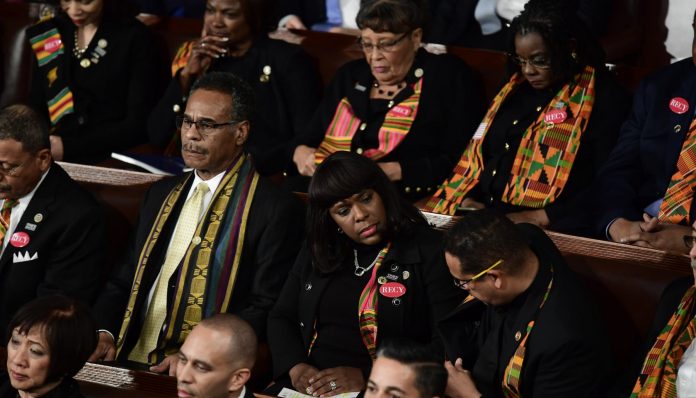 Democrats  appeared ready to pounce on President Donald Trump after the latest evidence from Special Counsel Robert Mueller‘s probe suggested the president’s hands were filthy from Russian dirt. And with House Democrats in January taking control of committees directly involved with investigating the president, some incoming committee chairs have talked about the possibility of impeachment.

But going after Trump in 2019 was not a priority of the Congressional Black Caucus (CBC), the group’s newly elected chair Rep. Karen Bass told NewsOne on Monday.

“Impeachment is not going to be top on our agenda,” the California congresswoman said during a brief phone conversation. “It doesn’t mean it’s not going to happen. But at this point in time, we really think that some of the things our community needs are way more important than us going after impeachment now.”

Bass’ comments came ahead of an Associated Press report that Democrats were toning down their aggressive rhetoric about impeaching Trump. At least immediately.

On Friday, Mueller’s office released findings from its investigation of Trump’s former lawyer Michael Cohen, including damning that Trump was “at the center of a massive fraud,” New York Rep. Jerry Nadler, the incoming chairman of the House Judiciary Committee, recently told the AP.

“There’s a very real prospect that on the day Donald Trump leaves office, the Justice Department may indict him, that he may be the first president in quite some time to face the real prospect of jail time,” California Rep. Adam Schiff, who’s expected to chair the House intelligence committee in January, said Sunday.

Still, many Democrats were cautious. For one thing, while they will control the House, Democrats will need Republicans’ support in the Senate to remove Trump. That could be a long way off given how partisan members of Congress have been under Trump. There was also concern about a political backlash similar to what happened to Republicans when they tried to remove President Bill Clinton in the late 1990s.

“I think impeachment might be something we are forced to do as more evidence comes out, but it doesn’t make sense for us to go there first when there’s no way it would be successful now,” Bass said.

One of Bass’ top priority as CBC chair was protecting voting rights for African-Americans, pointing to the gubernatorial election that was stolen from Stacey Abrams in Georgia and the ongoing voter fraud scandal in North Carolina.

“We have so much to do, given the last two years of this administration,” she said. “There has been no accountability, where we see him systematically go after gains our community achieved decades ago.”