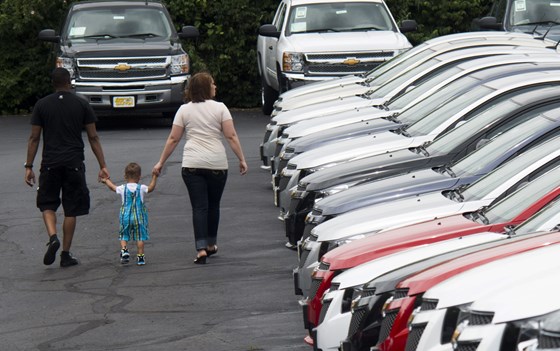 A new report found that car dealerships for some of the biggest car brands in the United States racially discriminate against people of color when it comes to car sales and financing, according to the National Fair Housing Alliance (NFHA).

The new report titled “Discrimination When Buying a Car: How The Color of Your Skin Can Affect Your Car-Shopping Experience,” found that 62.5 percent of the time, people of color who were more qualified than their white counterparts still received higher pricing offers from the dealer. The report also found that white people were offered more financing offers, such as loans, than people of color, even though non-whites had the better credit rating.

The study surveyed eight dealerships in eastern Virginia, and using standard testing methods, sent a white person and a non-white person with better credit rating to the same dealership.

The findings are significant, the authors say, since in many parts of the U.S., Americans do not have public transportation options, so buying a car is a must.

“Auto loans are the third most prevalent form of debt among U.S. residents after home and student loans, and over three-fourths of new cars are purchased using an auto loan,” the report states. “This discrimination has undoubtedly played a part in creating the racial and ethnic wealth gaps and credit access disparities that exist in the U.S. today, and it will ensure that they persist if allowed to continue unchecked.”

The NFHA report showed that on average, over the life of a loan, non-white participants who experienced discrimination while car shopping would have to pay an average of over $2500 more for their vehicle than the less-qualified white participants.

Although all participants dealt with unfair practices from dealerships, the study showed non-whites received more biased treatment and more economic disadvantages from the dealers and dealerships. For example, people of color would get offered the exact same car as white participants but at a higher price. They would also not get as many rebate offers or as low of interest rates as the white participants during the car buying process.