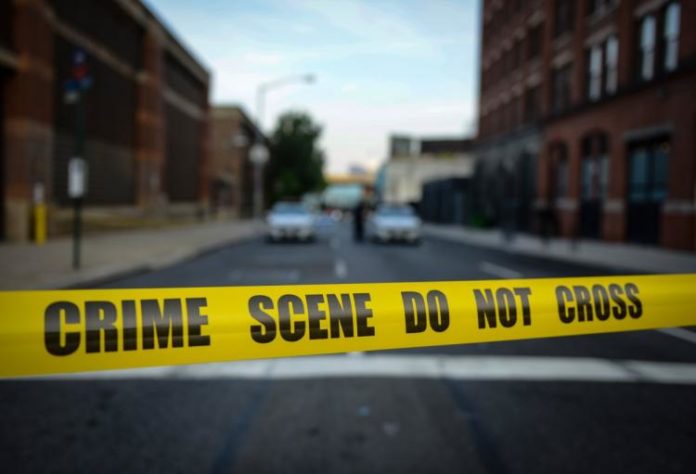 Police fatally shot an unarmed black man walking down the street in the Crown Heights neighborhood of Brooklyn, New York, on Wednesday.

Officers responded to three 911 calls reporting that a man at an intersection was pointing what callers believed to be a gun at residents, New York Police Department Chief Terence A. Monahan said in a news briefing.

“Today at 4:40 p.m., the NYPD received several 911 calls of a man described as a male black, wearing a brown jacket, pointing what is described as a silver firearm to people on the street,” Monahan said.

When officers arrived, they saw a man matching that description.

“The suspect then took a two-handed shooting stance and pointed an object at the approaching officers,” the police chief said.

Four officers, three in plainclothes and one in uniform, fired 10 rounds among them, striking the man. The officers then called for an ambulance, Monahan said, and the man was taken to Kings County Hospital, where he was pronounced dead.

Police did not immediately provide details about the man’s identity. Several news outlets reported that witnesses identified the man as a well-known figure in the neighborhood.

Officers later determined the object the man had pointed at them was “a pipe with some sort of knob on the end of it.”

None of the officers was wearing a body camera, Monahan said. But during the news briefing, the police chief held up printouts of security footage that showed the man pointing an object at a civilian and another one of him pointing at the police officers right before the shooting.

New York Mayor Bill de Blasio’s office said on Twitter that the mayor had “received a preliminary briefing on the officer-involved shooting.”

Dozens of local residents gathered at the scene of the shooting Wednesday evening, many of them expressing their anger over the lethality of the officers’ response.

The shooting comes just two weeks after police fatally shot Stephon Clark in Sacramento, California, after receiving calls that someone in the neighborhood was breaking car windows. The African-American man, who was unarmed, was standing outside the home where he lived with his grandparents and two young children when the officers shot him eight times. It was later determined that he was holding a cellphone. The shooting escalated a national outcry over police brutality involving black victims.