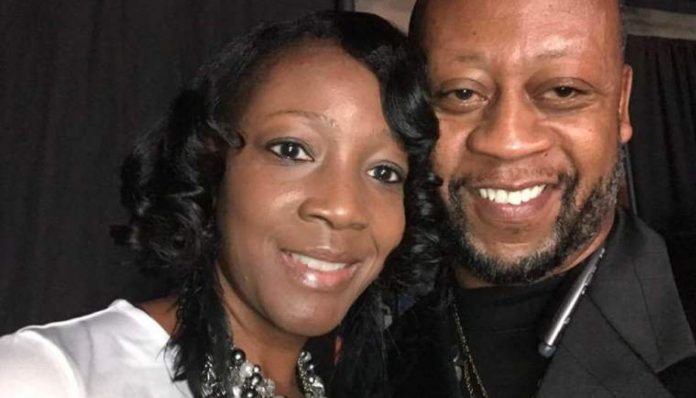 A retired New Haven police officer and his pastor wife were both found shot dead in their bed Thursday during a welfare check.

The bodies of the two victims LaRhonda Jones, 48, and Eric Jones, 54, were found inside their condo after LaRhonda failed to show up at work, and her sister and employer alerted police. According to the Christian Post, for just over a year, LaRhonda served as the assistant pastor at RIM City Church in Connecticut.

Eric Jones retired from the New Haven Police Department in 2012 after 20 years on the force.

“The church is devastated, devastated,” Denarian Gordon, Sr., the senior pastor RIM City Church in New Haven, who performed the couple’s marriage ceremony a year ago, told WTNH. “We’re all in a state of shock, disbelief.”

According to a statement from the Waterbury Police Department to The Christian Post: “The police located a deceased adult male and a deceased adult female lying on a bed in a bedroom.” A handgun was also found in the room, the report states.

Waterbury police confirmed with The Christian Post Monday that the case is still being investigated.

“She had a huge presence. Her spirit was just a welcoming spirit, everybody gravitated towards her. Everybody just loved her. It’s just a shock,” LaRhonda’s friend Jennifer Whiten told WSFB.

“Condolences such a horrible tragedy for all involved,” said a comment from Shaunta Tae Williams.

“This is very very sad,” commented Dana Terrell. “Definitely praying for comfort and support for the family and those close and who knew and know them amen.”

Whiten told WSFB the late assistant pastor was a domestic violence survivor who devoted her life to God.

On his Facebook page, LaRhonda’s husband Eric described his 2018 marriage to her as a “fresh start.”A-List Stars Who Failed At Marriage