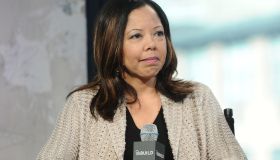 The NRA makes a career out of advocating for the pockets of gun companies and also thrives in its selective outrage for gun rights. (Remember when they were famously silent after a trigger-happy cop gunned down Philando Castile even though he was legally licensed to have a concealed weapon?)

Now, pro-gun lobby has lowered its bar again by insulting Georgia Rep. Lucia “Lucy” McBath, who was elected to Congress after defeating her incumbent Republican opponent back in November.

The Marietta Daily Journal reported that the NRA’s new president said the gun lobby would “get that seat back” before adding that “It is wrong to say like McBath said, that the reason she won was because of her anti-gun stance. That didn’t have anything to do with it — it had to do with being a minority female.”

McBath’s son, Jordan Davis, was shot to death at a gas station in Jacksonville, Florida in 2012 after a white man opened fire into the car he was sitting in with friends over complaints about their loud music.

McBath clapped all the way back on Twitter, writing, “Hi NRA! It’s time we clear something up. I won this race because – after my son was senselessly murdered in 2012 – I stood up to do something about it. I knew it was time to fight back.” She continued, “I was just a Marietta mom. I loved my son Jordan more than anything else in this world. After Jordan was murdered – I realized that nobody was going change our laws for us, so I had to do it myself.”

On November 23, 2012, a white man opened fire into the car McBath’s son Jordan was sitting in with friends over complaints about their loud music. The shooter was given a sentence of life in prison without parole and 90 years. He applied for an appeal in November of 2016, but it was denied.

Prior to her election, McBath, who had never held elected office, became a gun control activist, working as a spokeswoman for Everytown for Gun Safety and Moms Demand Action for Gun Sense in America.

Clearly, McBath decided to create change for the status quo on guns that the NRA has embraced.

As usual, shame on the NRA.