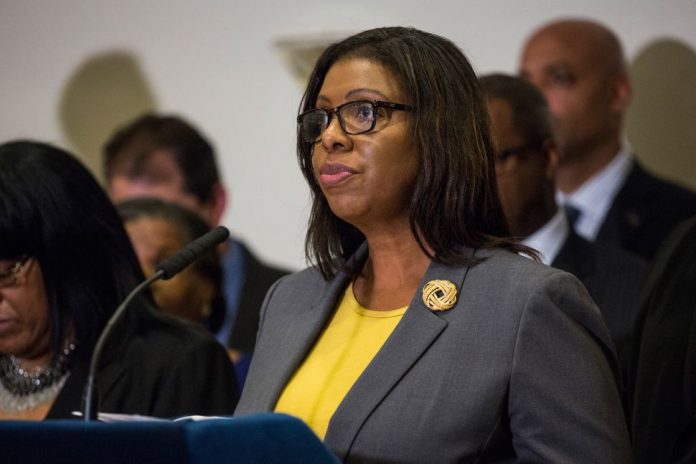 Letitia James, who has a long history of progressive politics and advocacy in New York, will take office next month, and Trump should be afraid. She has made it clear that she is coming for his entire family.

James told NBC News, “We will use every area of the law to investigate President Trump and his business transactions and that of his family as well.” She plans, NBC News reported, to “launch sweeping investigations” into Trump, his family and “anyone” in his circle “who may have violated the law once she settles into her new job next month.”

She is looking into any “illegalities” involving Trump’s real estate in New York,  the June 2016 Trump Tower meeting with a Russian official, whether he is in violation of the emoluments clause in the U.S. Constitution due to his New York businesses and more.

James explained, “We want to investigate anyone in his orbit who has, in fact, violated the law.”

Oh — and she has help. NBC News reports, “She’s also enlisting help from some prosecutorial heavy hitters, like former U.S. Attorney General Loretta Lynch, as a part of her transition to help her identify important hires for her office with an eye on bringing in experts for its Trump-related investigations.”