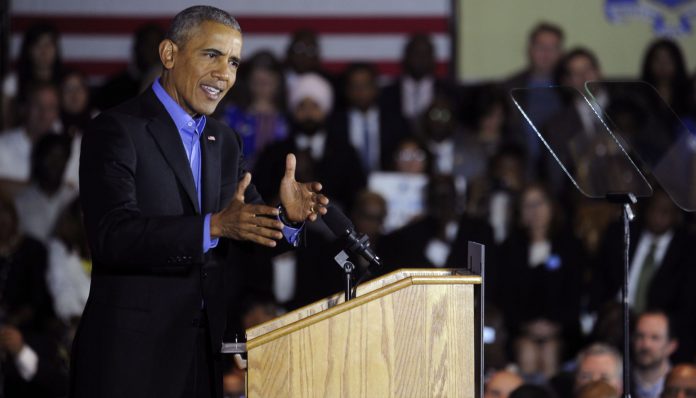 A Black attacks in his rural New York district, received a lift with the endorsement of former President Barack Obama.

Obama posted his initial list of endorsements for the 2018 midterm elections on Twitter on Wednesday (August 1), describing the 81 candidates as “a wide and impressive array” of Democrats. Delgado was among those mentioned. Obama is expected to endorse another group of candidates following the upcoming primary elections.

Delgado is in a tough race to unseat Republican Rep. John Faso in New York’s 19th Congressional District. Delgado, 41, is a Schenectady, New York native who earned a law degree from Harvard and attended Oxford University in England as a Rhodes scholar.

He’s also a former rapper who recorded an 18-song CD in 2006 that criticized the two-party political system, described dead presidents as white supremacists and made frequent use of the N-word.

A recent attack against Delgado came from Gerald Benjamin, a political science professor at SUNY New Paltz. Last month, Benjamin said in a New York Times article, “People like us, people in rural New York, we are not people who respond to this part of American culture.” An outcry on campus prompted him to issue an apology on July 18.

He has now added to his initial apology, acknowledging that his “commentary is reasonably read as racist,” the Poughkeepsie Journal reported on July 29.

Delgado, formerly known as the rapper AD The Voice, also received veiled racist attacks, directed at his music, from Faso.

“My decision to pursue a career in hip-hop was consistent with hip-hop’s long and rich history of addressing the social and racial injustices that plague America. … If you listen to the content of the lyrics, my mission is clear,” he responded to his political rival’s criticisms.