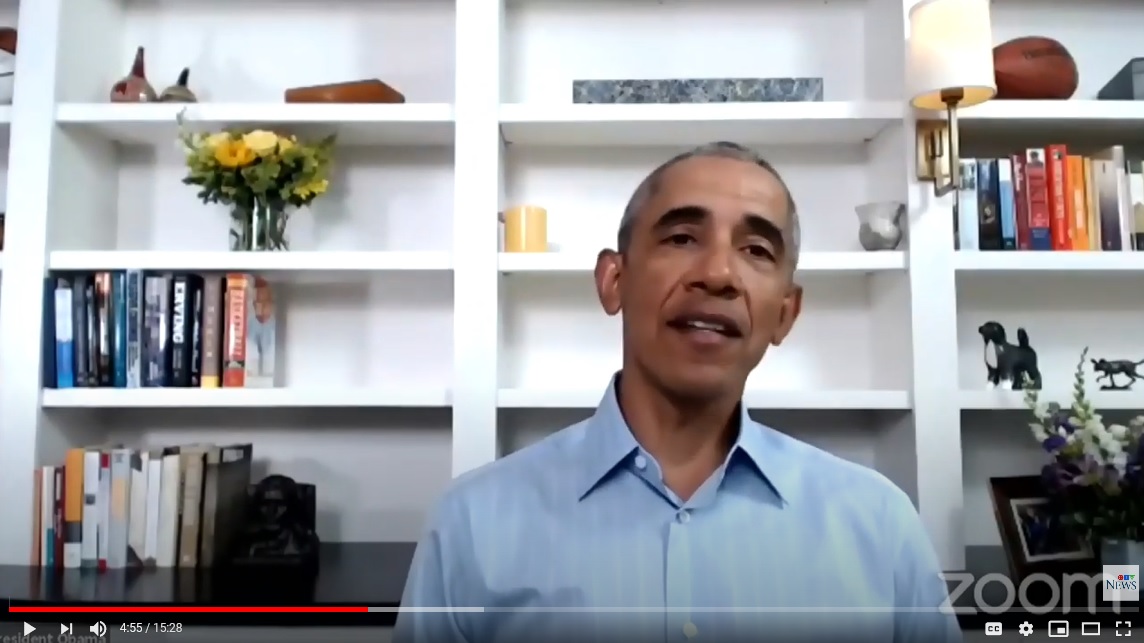 Former President Barack Obama called on all mayors to review their use-of-force policies and commit to policing reform in a virtual town hall Wednesday hosted by the Obama Foundation’s My Brothers Keepers Alliance.

Why it matters: Obama has addressed the killing of George Floyd and the nationwide protests that followed on social media and in a Medium post, but this was his first time speaking about the past week’s events on camera. His voice will add weight to the growing pressure on local, state and federal officials to pursue policing reforms.

The big picture: Obama praised young people — specifically young people of color — for taking to the streets. He also commended those in law enforcement who want to see policing reforms in the U.S, and urged people to vote as well as participate in demonstrations: “This is not an either/or.”

“You’ve communicated a sense of urgency that is as powerful and as transformative as anything that I’ve seen in recent years.”

Obama compared the events and protests of the past few weeks to the chaos of the 1960s, during the height of the civil rights movement. “I know enough about that history to say there is something different,” he said. He highlighted the diversity of the crowds, as well as the broad public support for protests that comes in spite of extensive media coverage of “a tiny minority” of protests that turned violent.

The bottom line: “[W]hen sometimes I feel despair, I just see what’s happening with young people all across the country,” Obama said. “And the talent and the voice and sophistication they’re displaying and it makes me feel optimistic. It makes me feel as if this country is going to get better.”