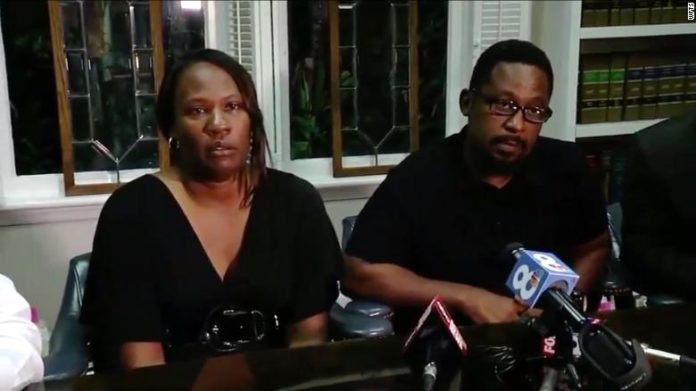 The parents of the man accused of killing four people in a Tampa, Florida, neighborhood could face contempt charges after they appear before a judge Thursday to explain why they’re not cooperating with investigators, according to their attorney.

“I cannot fathom a worse scenario than a parent having to testify against their child in such a serious matter,” attorney Ralph Fernandez told CNN on Wednesday.
“It goes against everything we stand for as a people in this country — dividing the home.”
Howell “Trai” Donaldson III, 24, was arrested last week and accused of killing four people, seemingly at random, in the Seminole Heights neighborhood in October and November.
Anthony Naiboa, Monica Hoffa, Benjamin Mitchell and Ronald Felton were shot and killed in separate incidents as they walked alone at night.
close dialog
The killings terrified residents and led to fears of a serial killer as police swarmed the area hoping for any clues to identify a suspect and stop the attacks.
A motion filed Wednesday by the office of Hillsborough County State Attorney Andrew Warren said Donaldson’s father, also named Howell, refused to answer questions — under oath — posed by prosecutors a day earlier. A similar motion was later filed naming Rosita Donaldson, the suspect’s mother, for not answering prosecutors’ questions.
Warren told CNN that the parents were served with subpoenas and granted immunity from anything they say being used against them. But they stopped answering questions during a meeting with investigators. The judge will decide if there are grounds for a hearing to show cause — which will likely take place next week, according to the prosecutor.

“Mr. Donaldson refused to answer any question related to the investigation of the involvement of his son, Howell Emanuel Donaldson III, in the deaths of Benjamin Mitchell, Monica Hoffa, Anthony Naiboa and Ronald Felton, and refused to answer any questions related to his son’s background, developmental history, mode of transportation, gun possession and ownership, and state of mind,” the motion for order to show cause stated.
“In refusing to answer, Mr. Donaldson did not invoke any statutory privilege or any privilege derived from the Florida or United States Constitution. Mr. Donaldson’s refusal to testify in the above-described proceeding, despite having received a court-authorized subpoena, constitutes indirect criminal contempt of this Honorable Court.”
Fernandez questioned why prosecutors would take such an “extraordinary step,” given the evidence they claim to have against the younger Donaldson.
Fernandez told CNN affiliate WFLA that when prosecutors asked about Donaldson’s life on Tuesday, one parent responded: “Testify against our son? You mean to testify against our baby?”
The attorney told the station the parents, who he described as the “perfect family,” were interviewed separately and declined to answer questions about their son’s mental health, his state of mind before the killings and whether he was under psychiatric care.
“Each time the response that was elicited was, ‘I’m not going to answer that question,'” Fernandez said.
The couple have said they are devastated and in disbelief that their son could have done such a thing.
“Everybody is in disbelief,” Rosita Donaldson told CNN affiliate WFTS on Friday. “Anybody that knows Trai knows that’s not Trai. He doesn’t have the personality of that character.”
Donaldson was taken into custody last week, 51 days after the first murder, when a coworker at McDonald’s tipped off police about his handgun. Police detained Donaldson and determined that his specific firearm was used in all four of the killings, according to the criminal affidavit. Cell phone location data also connected him to areas near the killings when they occurred, the affidavit stated.
He faces four charges of murder and could receive the death penalty if convicted. Donaldson waived a formal hearing on his pretrial detention, so he will be held without bond for the charges, according to a court order released Monday.

Rosita Donaldson and Howell Donaldson, Jr., spoke after their son was arrested and accused of carrying out four murders in Tampa, Florida.

Speaking at a news conference alongside attorneys last week, Donaldson’s parents said they had not seen their son since his arrest but wanted to offer him their love and support.
“He needs to know that we love him and we support him and we need to see him,” Rosita Donaldson said.
“We believe in him, and we’re here for him,” she added. 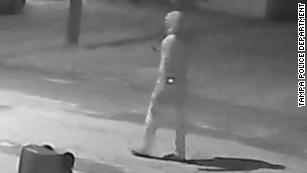 What we know about Tampa’s alleged serial killer
Howell Donaldson III graduated from St. John’s University in New York in January 2017 and was a walk-on for the men’s basketball team during the 2011-12 season, according to Brian Browne, executive director of university relations.
Attorneys for the family declined to comment on whether they had seen the surveillance video of the suspect that police released weeks ago. Instead, the parents spoke emotionally about their family and the families of the victims.
“We just want to say that we do love our son, we support our son, and we pray strength for the family members and we just ask that they do the same for us and pray strength for us because we all are devastated,” Rosita Donaldson said.
She said that they had prayed for the victims’ families, and hoped those families would return the effort.
“(We felt) devastation for the family, and that was when it first started. I prayed for those families when it first started,” Rosita Donaldson said. “And then when they arrested my son, devastation because I love my son, and it was disbelief that this was happening to our family, and we question why? Why?”