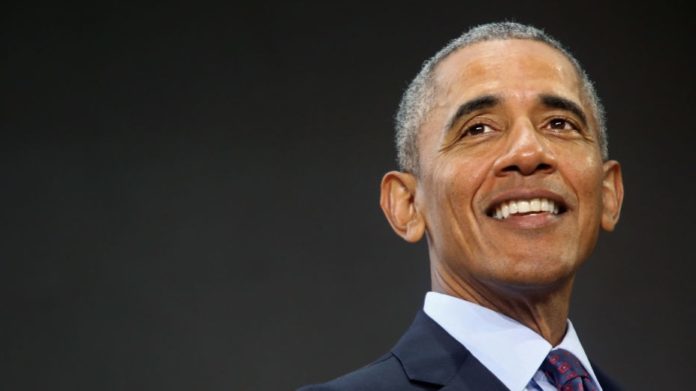 There’s a current vaping scare going on in America that initially started off as a harmful inhalation of water vapor, or at least this is what many people believed.

According to The Los Angeles Times, Cotton Candy, Unicorn Vomit and Gummy Bears were some of the vapor flavors teenagers were inhaling. Little did some of them know that the substance also contained nicotine, a chemical considered just as addictive as heroin and cocaine. Now the young people are hooked, and publications like The Times are zoning in on the Barack Obama administration for possibly not stopping something that could’ve been prevented.

According to The Times, the Food and Drug Administration tried to ban flavored fluids for e-cigarettes four years ago. However, over the span of 46 days, a group of more than 100 tobacco industry lobbyists and small business advocates met with White House officials as they debated whether to include the ban as part of a new tobacco control rule. The final verdict was that the Senior Obama administration officials cut the ban and much of the evidence supporting it, according to documents.

Officials explained to The Times that a cost-benefit analysis suggested that the financial burden on vape shops seemed to outweigh potential health benefits of the ban. Once the rules went into effect in 2016, sales for Juul, the most popular e-cigarettes, accelerated by more than six-fold, reversing decades of remedying youth smoking.

Around 4.9 million middle and high school students were using tobacco products by 2018, which was up from 3.6 million the previous year, according to the Center for Disease Control and Prevention.

According to the documents surrounding the FDA’s rule and the meeting with White House officials, experts were already worried about a vaping crisis in 2013. The CDC reported that middle and high school students’ use of e-cigarettes had more than doubled in just one year. The surgeon general explained that tobacco companies were known to use fruity flavors to get kids hooked, ensuring decades of product use.

Meanwhile, some e-liquid flavors were concluded to be poisonous in high doses, according to the FDA such as certain cinnamon-flavored e-liquids that contained the “highly toxic to human cells” cinnamaldehyde.

This did not stop the Office of Management and Budget, the largest office within the Executive Office of the President, from taking its first meeting with a critic of the FDA’s ban, Schell Hammel. She’s the owner of the Vapor Bar, which is a flavored e-liquid shop. Hammel and her lawyer submitted public comments that opposed the FDA’s rule in 2014, calling it “disproportionately burdensome to small entities.” Of the meetings that the OMB took that week, only seven were public health experts, while at least 44 meetings were with groups of industry representatives. At one point, an industry-tied think tank even presented an 82-page stack of data trying to debunk the FDA’s research.

For a large portion of 2016, the meetings eventually stopped and it wasn’t until May 2016 that the FDA’s rule was published establishing the FDA’s oversight of e-cigarettes. However, the rule was missing the flavor ban. Also missing was the more than 15 pages of evidence proving the role that flavors were expected to play in the rise of youth vaping. The FDA rule only explained that the administration was seeking “further data on the role of flavored products in youth initiation.”

“It’s as if they looked at each other and said, ‘If we’re not going to do anything about this problem, let’s delete anything that suggests we should.’ It’s a horror story,” said Eric Lindblom, a former official in FDA’s Center for Tobacco Products, who now does tobacco work at Georgetown Law’s O’Neill Institute.

By August Juul’s e-cigarette products skyrocketed 640% in one year, and Altria, the company that lobbied the White House, eventually purchased a 35% stake in the company.

Stephanie Caccomo, a press officer at the FDA, explained that the agency doesn’t comment on changes put forth during the federal rule-making review process. However, she said the FDA plans to finalize a compliance policy in the coming weeks “to clear the market of unauthorized, kid-appealing flavored e-cigarette products.”

The CDC says the mysterious lung disease gaining traction seems to be connected to vaping THC, the chemical found in marijuana. It caused 12 deaths so far and over 805 sick people. Death tolls are expected to rise among the one in four teens who use products like Juul, which distills 20 cigarettes’ worth of nicotine into one pod. Regular vaping is tied to heightened health risks like heart attacks, seizures, burns and a possible switch to traditional cigarettes.

Despite this reported health crisis, executives at VapeNY, Mid Cities Vapor and CASAA told The Times that they still don’t support flavor restrictions.

More than 1.5 million years of human life is expected to be lost, according to scientists.

“Flavored products have fueled this entire epidemic,” said Matthew L. Myers, the president of the Campaign for Tobacco-Free Kids. “The failure to ban these egregious flavors more than three years ago literally opened the door to what was an entirely preventable explosion in youth addiction.”