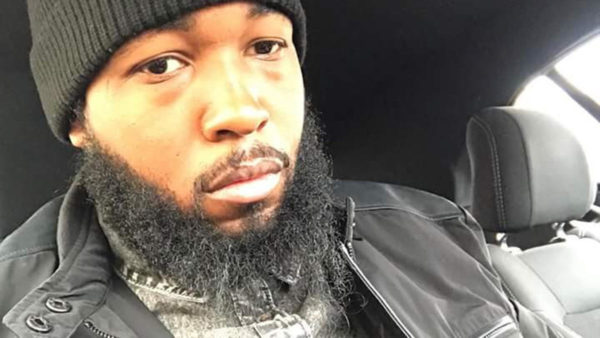 The City of Philadelphia has agreed to pay $1 million to avoid a lawsuit filed by the family of an unarmed Black man shot and killed by a city officer last year.

“The shooting death of David Jones was a tragic incident, and I hope this resolution will begin to assist his family in moving forward after what they’ve been through,” Mayor Jim Kenney said in a joint statement from the city and Jones’ family.

“My administration remains steadfast in its commitment to ensuring all people in our city receive fair and equal treatment at the hands of law enforcement officials,” he added.

Jones, 30, was shot in the back while fleeing a traffic stop by former police Officer Ryan Pownhall on June 8, 2017. He later died at the hospital.

Police Commissioner Richard Ross booted Pownhall in September 2017 for his actions in the fatal shooting, noting that “preservation of life” is considered one of the top priorities in his department. According to The Philadelphia Tribune, the fired officer has since been charged with criminal homicide and remains jailed without bail.

Meanwhile, Jones’ parents, Doretha Crosby and Thomas David Jones, are still lamenting the tragic death of their son. Although the settlement does not include an admission of liability by the city, Jones said he sees it that way.

“I think when the other side sees that the person was dead wrong, this is what happens,” he told the newspaper on Friday. “You can see from the video that this wasn’t right. When you are dead wrong, you are just dead wrong. That’s what the video shows — (Pownhall) was dead wrong.”

Speaking to The Philadelphia Inquirer, Crosby said she knows the settlement in her son’s death “wouldn’t bring him back” but sees it as a step in the right direction.

“I just hope we get justice and everything works out the right way,” Crosby said. “My son didn’t do no harm to that cop, and he didn’t have to kill him. I’m worried about justice, and if this cop is going to go to jail for murder.”

A settlement was reached after the slain man’s family asked the city to resolve potential legal claims without a civil lawsuit, which “would’ve caused the family to relive this tragedy and the agony of their loss,” according to City Solicitor Marcel S. Pratt.

Initial reports about Jones’ shooting varied, however, authorities said the deadly encounter followed a struggle between Jones and Pownhall and that Jones was armed with a gun. The officer initially stopped Jones for riding a dirt bike through the city’s streets, which is illegal. A police report states that Pownhall was transporting three people to the Special Victims Unit at the time when he deviated from his route to pursue Jones.

The officer claimed Jones “suspiciously” turned sideways away from him, after which he frisked the man and claimed he felt a gun. A brief scuffle ensued between the pair and Jones managed to break away and run. That’s when Pownhall fired his weapon at least three times, striking the man in his back and buttocks.

Surveillance video showed Jones running away from the officer as he was gunned down. He was the second man Pownhall shot in the back during his 12-year career as an officer, The Inquirer reported.

Lawyers for the Jones family described the shooting as a “senseless loss of life.”

Pownhall, a 12-year veteran of the force, was charged with murder and related offenses last month, a move decried by the  Fraternal Order of Police Lodge 5. He has pleaded not guilty.

“I will never get my son back. I will never see my son again,” Thomas Jones said. “His (Pownall’s family) will at least get to see him, even if they visit him in jail.