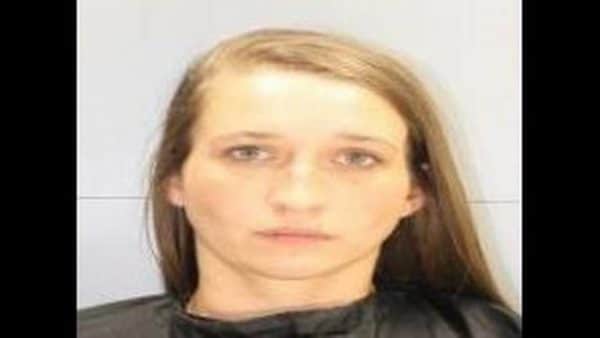 A South Carolina woman has been charged with filing a false report after telling police she was attacked and almost sexually assaulted by a Black man in a Walmart parking lot.

Kristen Michelle Rimes was arrested and charged last month after Columbia Police say she filed a false report with the department on November 26, 2018. Rimes, 26, had posted about the alleged attack on social media, where it was widely shared by several Facebook groups.

The post included a photo of Rimes looking battered and bruised, with a bloody gash above her right eye.

The young woman told police she was waiting in her car in the Walmart parking lot when she was suddenly forced out, causing her to hit her head on the pavement, a department press release stated. As she was on the ground, Rimes said she felt her attacker start to “pull on her pants.”

During the assault, she claimed the suspect was scared away by another man who witnessed the incident.

“I suddenly hear another guy scream, ‘What’s going on over there?’ And at that point, the guy took off,” Rimes told Cola Daily at the time. “The man who yelled never came back, I just take it as an angel sent from God right at that time.”

The “victim” claimed she didn’t get a good look at her attacker but described him as a “Black male, medium build, wearing a hoodie with a jacket over it.”

Rimes would later post about the attack on social media, which sparked “a public concern,” authorities said. The State reported that the original post has since been scrubbed from her Facebook page, although other posts about the incident are still floating on social media.

A police investigation ultimately determined that Rimes was never at the Walmart on the night she said she was assaulted and that she had fabricated the whole thing.

In December, Rimes was charged with filing a false police report and false swearing to police and booked into the Alvin S. Glenn Detention Center.