DefenderNetwork.com
Home NEWS National POLL: Michelle Obama would be Dem front-runner if she entered the 2020... 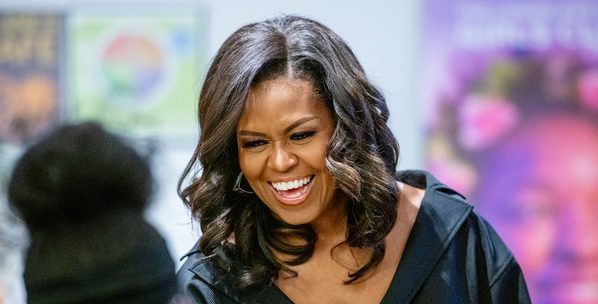 A new poll confirms that former First Lady Michelle Obama would enter the New Hampshire Democratic primary ahead of the rest of the party field, despite her insistence she has no interest in becoming a politician.

According to a poll conducted by The Boston Herald and Franklin Pierce University, it appears Obama would easily get 26 per cent of the primary vote and would also be be six percentage points ahead of current front-runners former Vice President Joe Biden and Sen. Elizabeth Warren, who have each worked pretty consistently to secure 20% of the New Hampshire primary voters.

Meanwhile, Bernie Sanders,perhaps in light of his recent health complications has dropped to fourth place, with a 15 per cent share. This latest poll was conducted last week from October 9-13, via 422 Democratic primary voters in New Hampshire who were questioned about their preferences over the phone.

Obama has been adamant that she has no interest in running for the Oval Office, but the persistent desire to see her throw her hat in the ring most likely comes from a growing fear that none of the top-tier Democratic candidates have the momentum to beat President Trump in the 2020 general election.