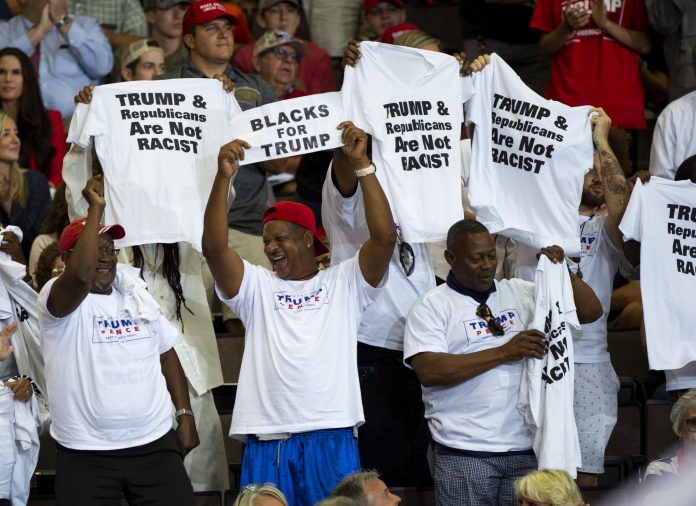 Kanye West, Ben Carson and Diamond and Silk may still be backing President Trump, but reports that an increased number of Black people now favor him are flat out wrong, according to CNN host Ana Navarro-Cárdenas.

On Tuesday, polls from Rasmussen Reports and Emerson College came out, which have been touted by conservative news outlets, and reportedly showed that one-third of Black people support Trump. Navarro-Cárdenas called the polls “zero” percent accurate, according to Newsweek.Ana Navarro-Cárdenas✔@ananavarro

Zero chance this is accurate. Zero. The poll must have only been conducted in the homes of Ben Carson, Kanye, that sheriff guy with the hat and those two Cubic Zirconia & Polyester-Spandex ladies.

Both polls tweeted poll results on social media to Trump, stating: “@realdonaldTrump daily approval is up,”

But Navarro-Cárdenas and others smell polling bias. Pollster Frank Luntz also took issue with the Rasmussen poll because of inherent bias and he cited past discrepancies from the firm about Black voters before the 2018 midterm elections.

“One week before the 2018 elections, Rasmussen had President Trump’s support among Black Americans at 40 percent. According to exit polls, only 8 percent of black voters nationwide voted for Republican candidates,” Luntz tweeted Monday, reminding disillusioned folks to beware of fake polls.

“There are a whole bunch of Black people in Louisiana. Did they vote 34% for the Republican after 45 BEGGED them to 3 times? NOPE! Not even close,” Pam Keith, former Democratic congressional candidate in Florida, told Newsweek.A Message From Crown Royal

CNN released its own poll results on Tuesday, which show 50 percent of Americans want Trump to be impeached for the Ukraine quid pro quo scandal.