DefenderNetwork.com
Home NEWS National Prosecutors say story of man urinating on a Black child is a... 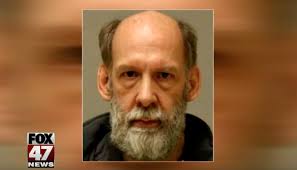 A horrific story went viral of a 60-year-old white man reportedly urinating on a 5-year-old black child in an alley in western Michigan. Now prosecutors are saying the story is a lie made up by the children.

ABC News reports Kent County Prosecutor’s Office dropped the charges after authorities determined the children made up the story “to avoid trouble.” Reportedly, one child urinated on another child and they both concocted the story that it was an unidentified man

The unidentified man was a 60-year-old. He was arrested at his home and faced charges after parents of the young girl, who was not identified by name, called the police about 20 minutes after they were told the incident took place. In addition, another 5-year-old and two 7-year-old children claimed they saw the incident, according to police. The children also said a racial slur was used.

No word on if the man who was wrongfully arrested will press charges and who he would press charges against, considering the accusations were made by children.