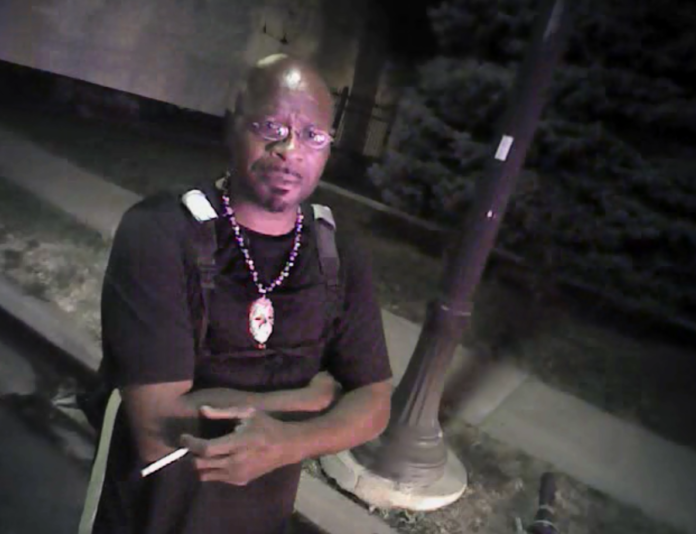 Black Lives Matters demonstrators continue to protest outside police headquarters in Salt Lake City after a prosecutor’s decision not to file charges against a police officer who fatally shot a 50-year-old man.

Videos of the incident appeared to show that Patrick Harmon, 50, was shot as he was running away from officers who were trying to arrest him.

Lex Scott, an organizer with Black Lives Matter in Utah, said that the community wants Salt Lake County District Attorney Sim Gill to resign. The Harmon family, which lives in Colorado and St. Louis, is “shell shocked,” Scott said, according to The Associated Press.

“You can’t watch that video and not realize it is a clear case of murder,” Scott said. “It is one of the clearest cases of murder we’ve ever seen.”

Gill said that the shooting was justified because slow-motion video of the incident shows that Harmon turned toward police with a knife with the blade out. A knife was found at the scene, the district attorney said.

“We felt that the officer was justified in the use of that lethal force,” Gill said. “He generally feared for his safety and the safety of other officers.”

In a statement announcing the protest, Black Lives Matter said Gill “is more concerned with his relationship to the police department, than actually serving his community in a just fashion.”

The incident began the night of August 13, when police stopped Harmon after he was spotted crossing six lanes of traffic on his bicycle, which did not have a red tail light, as law requires.

Bodycam footage shows that the interaction between Harmon and police began peacefully, but when the officers realized Harmon had several felony warrants and placed him under arrest, Harmon took off running.

According to the district attorney’s report, Officer Clinton Fox said that Harmon yelled at police that he would “stab you,” but that is not audible on the body cam video.

Gill said that freeze-frames from the videos show Harmon turning towards Fox before he was shot, and Fox said he saw a knife in his hand. The officer can be heard yelling “I’ll shoot you,” before he opens fire.

Jeanetta Williams, president of the Salt Lake branch of the NAACP, said that the group would try to get more information before deciding what action to take, according to the Associated Press.

“He ran, but in the video I didn’t see a knife,” Williams said. “I just saw him try to run and then they just shot him.”

Fox has been placed on modified duty pending the outcome of the department’s internal investigation.