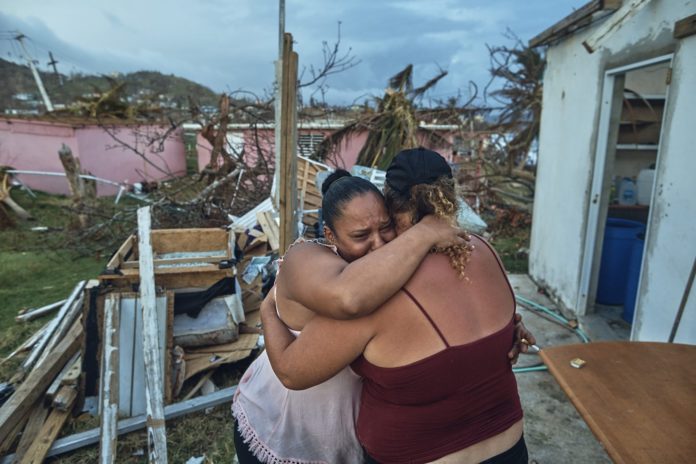 The governor of Puerto Rico ordered all government agencies to reopen their books and initiate a recount and review of certified deaths that have occurred since Hurricane Maria, after weeks of reporting by various news outlets pointed to a possible severe undercount of storm fatalities.

The territorial government has attributed 64 official deaths to the storm and its aftermath, but the New York Times and the Center for Investigative Journalism have used vital-statistics data to show that the number of deaths in the weeks after the storm far exceeded those of the same time period in previous years. The independent analyses put the death count at probably more than 1,000.

Gov. Ricardo Rosselló told The Washington Post last week that there was “no intent to hide the number of deaths” relative to the hurricane and that “accountability broke down” in the wake of the storm. But he said his government is committed to reevaluating death certificates that attributed many of the casualties to natural causes.

“We always expected that the number of hurricane-related deaths would increase as we received more factual information — not hearsay — and this review will ensure we are correctly counting everybody,” the governor said in a statement Monday.

The government will reexamine medical records, interview family members and call doctors for more information to determine whether deaths identified as “natural” need to be reclassified.

In the past several weeks, Puerto Rico officials began investigating cases in which news organizations or relatives of the dead came forward with stories that contradicted the official account.

In one such case, a doctor had indicated a person died of natural causes on the death certificate. The body never reached the central processing hub at the Department of Forensic Sciences. There are hundreds of similar cases in which the bodies were quickly cremated.

When the government investigated further, it found that the individual, who suffered from multiple health troubles and relied on an oxygen machine, died the day of the hurricane, according to Karixia Ortiz, a spokeswoman for the Department of Public Safety.

“In the early hours of the day of the hurricane, the power went out in the residence, and when the relatives went to see the person, they found him dead,” the Dec. 9 statement from Ortiz said. The death was subsequently certified as “indirectly related to the hurricane.”

It has been nearly three months since Maria knocked out power across the island, and thousands are still in the dark. Physicians described horrific conditions inside hospitals and nursing homes in the immediate aftermath of the storm because of the lack of power.

Today, less than half of the island has little or unreliable access to electricity, making life extremely difficult for the sick and elderly who depend on lifesaving medical equipment, medicine and treatment to stay alive. Families consistently recounted stories to media outlets about loved ones dying after failing to receive dialysis treatments or having their respirators fail during the crisis. The Puerto Rican government also has documented four suicides and several other deaths related to a bacterial outbreak.

The 64 deaths that have been counted include individuals who died of heart attacks, were trapped in mudslides, drowned in floods and suffered injuries from flying or falling debris, as well as people with medical conditions who did not reach a hospital in time. At least one person died of carbon monoxide poisoning after operating a power generator.

In a statement Monday, Rosselló said that he welcomes the news analyses but that the government “cannot base any official fatality related to the hurricane count on statistical analysis.”

“Every life is more than a number, and every death must have a name and vital information attached to it, as well as an accurate accounting of the facts related to their passing,” he said in the statement.

Rosselló provided a flowchart detailing the processes by which his government has been documenting the deaths using guidelines from the Centers for Disease Control and Prevention. But in recent weeks, Puerto Rican government officials acknowledged failures in the documentation complicated by the telecommunications difficulties. As news reports questioning the official death toll emerged, members of Congress began calling for investigations into the death count.

Héctor Pesquera, Puerto Rico’s secretary of public safety, has repeatedly dismissed those media reports, saying his department, which includes forensic sciences, followed the law as best it could under the circumstances. But when presented with evidence about specific cases, Pesquera ordered reviews in recent weeks that resulted in their certification, adding those individuals to the official death count.

“The number is likely to go up,” the governor told The Washington Post last week. There is “no agenda to minimize . . . but to do it diligently.”