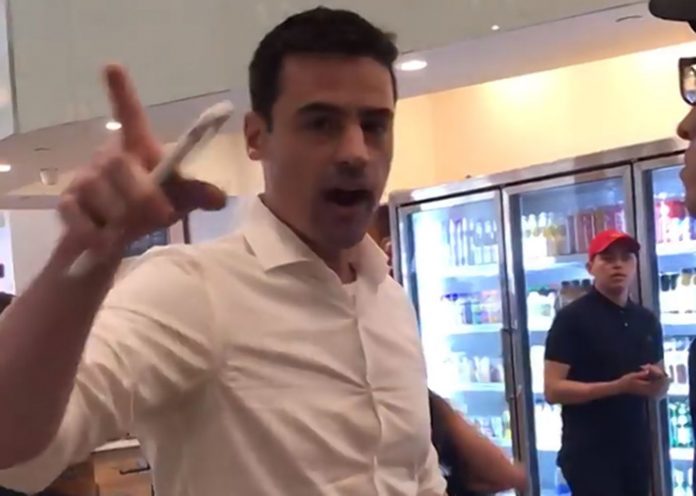 Around the world, Aaron M. Schlossberg is known as the “racist lawyer” who verbally attacked Spanish-speaking customers and employees at Fresh Kitchen restaurant in the Midtown area of New York City. The video of the 44-year-old spewing hate has been viewed nearly four million times, resulting in a Change.org petition demanding his disbarment, a Mariachi band playing outside of his home and being booted from his office space. Now, the lawyer is speaking out for the first time with one of the worst statements ever.

“To the people I insulted, I apologize,” Schlossberg insincerely babbled on Twitter. “Seeing myself online opened my eyes — the manner in which I expressed myself is unacceptable and is not the person I am. I see my words and actions hurt people, and for that I am deeply sorry.”

Ironically, his words and action only hurt himself. He can’t walk the streets of New York City, he got kicked out of his office space and, more than likely, his cash flow is suffering. Oh, and he also wanted people to know he is not racist: “What the video did not convey is the real me. I am not racist.”

This wasn’t a one-time incident. In October of 2016, Schlossberg randomly attacked a man on the street, calling him an “ugly f***ing” foreigner.” The man happened to be Willie Moore, a video blogger who is white and from Massachusetts. Another video also surfaced of him defending Trump calling Mexicans rapists.

Aaron Schlossberg is a stone-cold racist. All he needs is a tiki torch.