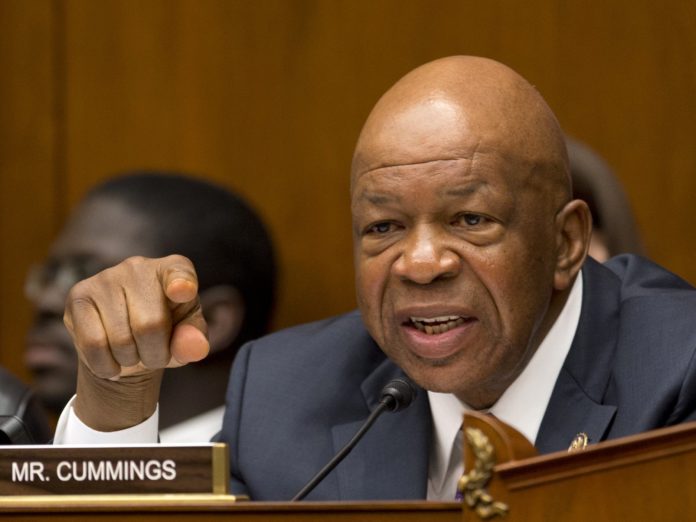 Maryland Congressman Rep. Elijah Cummings died early Thursday morning. He had been an elected official since 1983, always serving his community. In spite of those patriotic facts, Trump worshippers have still been disrespecting the good Congressman. Case in point: A conservative radio host said God killed Cummings because he didn’t support Trump.

According to Right Wing Watch, Christian fundamentalist Stacey Shiflett claimed Trump was sent by God and Cummings headed a “cooked, deceptive, demonic attempt” to remove the president from office.

“Everything that he’s done has been nothing but trying to take this president out. I believe that God had had enough, and God moved,” Shiflett said about Cummings.

Another so-called Christian, Dave Daubenmire, said Cummings was the “enemy of the cross” and “Maybe he didn’t know Jesus… I haven’t been sitting around praying that Elijah Cummings would die. But now that he did, I’m glad he’s gone . . . I bet he’s not pro-choice now. I bet he’s not pro-homo now.”

Jesse Lee Peterson, who is Black, said about Cummings, all but echoed that sick sentiment.

“He dead,” Peterson said. “That’s what happens when you mess with The Great White Hope. Don’t mess with God’s children.”

Whether or not they like it, Cummings’ legacy will continue.

Elijah Eugene Cummings was born Jan. 18, 1951, in Baltimore. He was a graduate of Howard University and the University of Maryland School of Law. He became a member of the Maryland House of Delegates in 1983 and by 1996 he was the U.S. House of Representatives from Maryland’s 7th District.

The shocking news of his death came weeks after Cummings, the ranking chairman of the House Oversight and Reform Committee, announced that he was having a medical procedure. However, he never returned to his Capitol Hill offices afterward, according to the Baltimore Sun. He was only expected to miss about two weeks of work.

In his final hours, Cummings was still pushing policy, according to a tweet from Massachusetts Rep. Ayanna Pressley wrote on Twitter hours after the Congressman’s death was announced.

Cummings is survived by his wife, Maya Rockeymoore Cummings, who is reportedly considering running for his seat in the House, and their three children. He was only 68 years old.