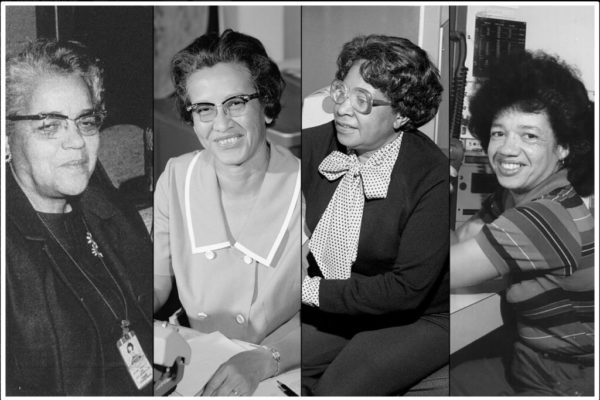 Three Black women portrayed in the 2016 film “Hidden Figures” and a fourth not depicted in the movie will receive Congressional Gold Medals decades after their work help make the U.S. space program what it is today.

Jackson, Johnson and Vaughn were played by actresses Janelle Monáe, Taraji P. Henson and Octavia Spencer in the movie, and the former NASA employees’ work helped send the first American into orbit in 1962.  Jojo Simmons talks being a father figure to Angela’s son after Sutton Tennyson’s deathAfter the death of Angela Simmons’s child’s father Sutton Tennyson, her brother Jojo Simmons has taken on the role as “father” for her 3-year-old son.

Darden, who began her career in aeronautics with NASA, became a data analyst at NASA’s Langley Research Center in 1967 and went on to be promoted to aerospace engineer in 1973.

Her work resulted in the production of low-boom sonic effects, which revolutionized aerodynamics design, according to the legislation.

The women, all mathematical whizzes in their own right, contributed to NASA’s success during the space race between Cold War rivals the Soviet Union and the United States.

Vaughan and Jackson will receive their honors posthumously, according to the legislation.

She began her career in aeronautics as a computer in the segregated West Area Computing unit of what would later become NASA in 1953.

There, she analyzed data from flight tests and calculated the trajectory for Alan Shepard’s Freedom 7 mission in 1961, which was the first human spaceflight by an American.

Johnson was also asked to verify the calculations when electronic computers at NASA were used to calculate the orbit for astronaut John Glenn’s Friendship 7 mission and for missions including the Apollo missions.

Women at NASA, a program to encourage young women and girls to learn about STEM, invited the public to “celebrate the women who paved the way @Nasa” in a tweet Friday, and it garnered several responses highlighting the women’s contributions.