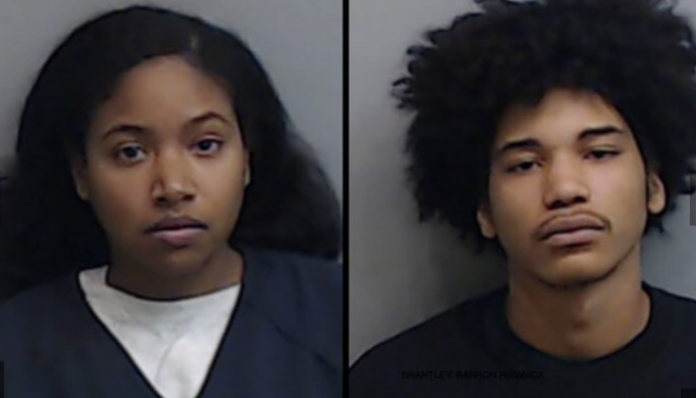 One of the two suspects in the tragic killing of Clark Atlanta student Alexis Crawford was denied bond in a Georgia courtroom on Thursday.

Judge just denied bond for #jordynjones She said she’s not a good candidate for bond bc she’s already tried to contact witnesses in the case & she’s a flight risk bc hours after the murder, she made plans to withdraw from school & move back home to Detroit2,1189:50 AM – Nov 21, 2019Twitter Ads info and privacy1,732 people are talking about this

Jordyn Jones, Crawford’s roommate, and Jones’ reported boyfriend, Barron Brantley, are accused of strangling Crawford, then conspiring to discard her body. Jones and Brantley, both 21, were charged with malice murder, 11 Alive reports.

Judge denied bond for #JordynJones, she said Jordyn probably won’t come back to Atl for trial, she’s not a student @CAU anymore & all her family is in Detroit, & She tried to convince #alexiscrawford’s family that her BF #barronbrantley didn’t rape AC. The rape kit says he did.

The presiding judge denied Jones’ bail, determining she was a flight risk. The decision was linked to the discovery that Jones intended to withdraw from the university and move back home to Michigan hours after Crawford was killed. In addition, the Deputy District Attorney Adam Abate presented evidence that Jones attempted to reach out to members of Crawford’s family, who also served as potential witnesses.

Jones’ lawyer argued that she was not a flight risk and that she would not intimidate witnesses. According to WSB-TV reporter Tyisha Fernandes, Jones is expected to appear in court again on February 20, 2020.

On November 1, Crawford’s mother reported her missing five days after she filed a police report accusing Brantley of “unwanted touching and kissing.”

According to court records, Crawford and Jones became entangled in a heated exchange on October 31, leading to Brantley violently intervening and strangling Crawford to death. Both Brantley and Jones reportedly discarded and abandoned Crawford’s body in a bin located in Exchange Park in Decatur, Georgia.

Court records also show that on November 8, Brantley “admitted during his interview with detectives that he strangled the victim until she was dead,” USA Today reports. Following the admission, Brantley led authorities to where Crawford’s body was located. A Georgia medical examiner determined Crawford died from asphyxiation.

Results of Crawford’s rape kit determined Brantley’s DNA was present, however, investigators have not charged Brantley with rape, WSB-TV reports. Brantley is expected to appear in court on Friday.

Crawford’s death served as another horrific reminder of the constant dangers women face and the scarce humanity reserved for Black women who are victims of sexual assault.