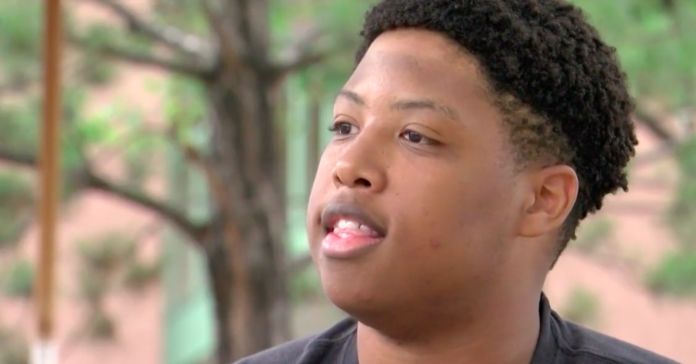 A college student visiting Santa Fe, New Mexico, got an education in racial profiling from a convenience store employee.

Jordan McDowell, a 22-year-old student at Xavier University in New Orleans, purchased some Sour Patch Kids at an Allsup’s store on Friday and then was looking at other items.

Then he saw something else: The woman who sold him the candy, watching his every move.

The woman then made a call to police asking for help.

McDowell recorded part of the exchange on his phone. At one point, the employee can be heard saying, “And I want him out of the store right now.”

“In that moment, the only thing I felt at that small moment was rage,” he said in the TV interview. “But at the same time… I understood that racism in America never truly died.”

Responding officers talked with both McDowell and the woman, but no police report was taken, according to the KRQE report.

A Santa Fe Police Department spokesman told HuffPost McDowell was escorted from the store, but not arrested “because he didn’t break any laws.”

In an interview at the store with a reporter from the station, the clerk initially denied making the racially charged comment about McDowell. She then clammed up after being shown the recording of the incident.