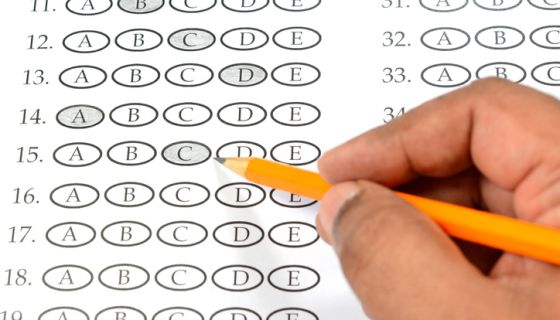 The golden standard of standardized tests for high school testing was reportedly set to get a makeover with the socio-economic statuses of test-takers in mind. But after an existence that has spanned more than a century and yielded results that overwhelmingly favor white students, there were some questions about how effective the Scholastic Aptitude Test’s (SAT) new “adversity scores” could be given the test’s racist origins.

According to the Wall Street Journal, which first reported on Thursday the pending changes to the SAT, adversity scores will be “calculated using 15 factors including the crime rate and poverty levels from the student’s high school and neighborhood.”

The decision came on the heels of the recent college admissions scandal that involved wealthy white people paying bribes to get their children into schools.

It was unclear what exactly would be accomplished with the scoring system that a small handful of colleges used last year on an experimental basis. The Journal reported that a student’s race would not factor into the score, but the chief executive officer of the College Board said the racial discrepancies in SAT scores were too much for his organization to ignore.

“There are a number of amazing students who may have scored less (on the SAT) but have accomplished more,” David Coleman told the Journal. “We can’t sit on our hands and ignore the disparities of wealth reflected in the SAT.”

With that said, the College Board has effectively sat on their hands in recent decades as the SAT achievement gap steadily widened along racial lines. That was arguably by design, according to the National Education Association (NEA), which explained “the racist beginnings of standardized testing” in a news article.

“As the U.S. absorbed millions of immigrants from Europe beginning in the 19th century, the day’s leading social scientists, many of them White Anglo-Saxon Protestants, were concerned by the infiltration of non-whites into the nation’s public schools,” the NEA wrote.

Despite the existence of affirmative action, it appeared that white people benefitted most from it in the form of legacy and donor admissions.

It’s definitely a good sign that the College Board was finally taking measures to, in theory, address the racial achievement gap for the SAT. But only time will tell if the “adversity scores” (a loaded term if there ever was one) will have the desired effects, whatever they may be.