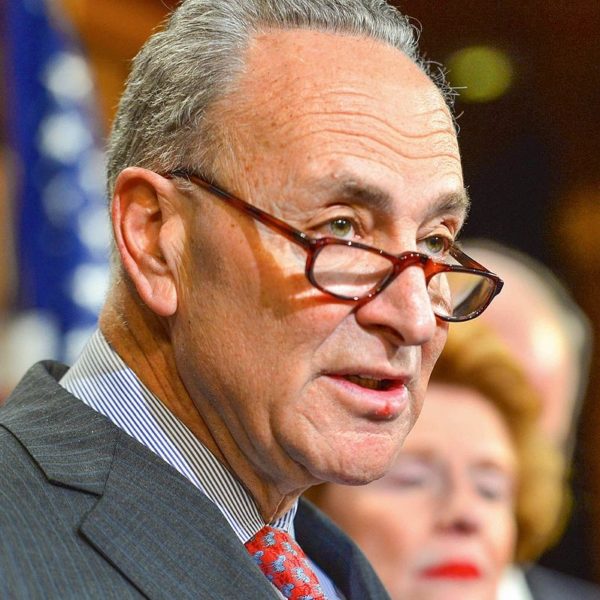 Just less than one month after Senate Majority Leader Mitch McConnell said reparations are not “a good idea,” his Democratic counterpart said the conversation is worth a longer study.

Senate Minority Leader Chuck Schumer announced his support Tuesday for legislation that would create a commission to study reparations for the descendants of slaves, according to CBS News.

“I don’t think people understand that slavery is not far away,” Schumer said. “I think that’s the biggest problem. People say, ‘Oh, it happened way back then what do we have to pay attention now.’ The legacy of slavery and Jim Crow — which is a type of semi, quasi, of slavery — is still with us and so we need to do a lot more.”

The Democratic senator’s announcement seems to fly in the face of McConnell’s remarks on reparations.

“I don’t think reparations for something that happened 150 years ago for whom none of us currently living are responsible is a good idea,” McConnell told reporters when questioned on video June 18.

Related: Mitch McConnell Found Something He and Obama Can Agree On: They Both Oppose Reparations Despite Their Ancestors Owning Slaves

McConnell, a descendant of slave-owners, said figuring out exactly how much the descendants of slaves should get and which of those descendants should be paid would be “pretty hard.”

“We tried to deal with our original sin of slavery by fighting a Civil War, by passing landmark Civil Rights legislation. We’ve elected an African American president,” McConnell said. “I think we’re always a work in progress in this country, but no one currently alive was responsible for that.”

“I think that one of the big strikes of ignorance that he says there is that somehow this is about a compensation, in other words, writing a check to somebody and reducing the urgency of this conversation to simply that,” Booker said.

He and Rep. Sheila Jackson Lee proposed the legislation on study into reparations and discrimination.

Jackson Lee is proposing H.R. 40, a bill championed for years by former Michigan Democratic Rep. John Conyers, which was named after the Civil War-era promise to former slaves that they would get 40 acres and a mule as compensation, and Booker sponsored a Senate version of the bill.

The presidential hopeful told The Hill that advocates for reparations believe they are necessary to counteract racist and white supremacist policies that have remained long after slavery was abolished.