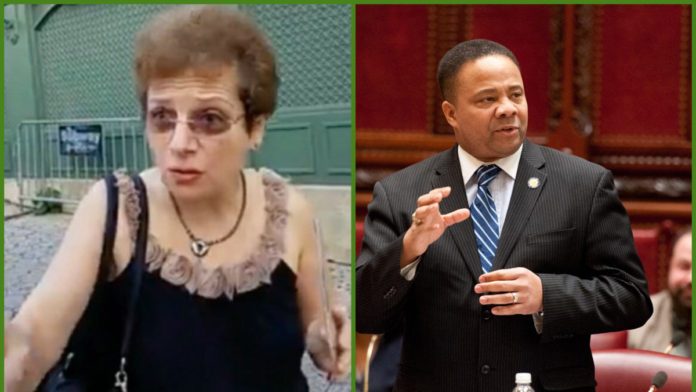 Recent Living While Black incidents have inspired new proposed legislation in New York. A state senator introduced a measure that would designate 911 calls on Black people motivated by racial bias or profiling to be hate crimes.

Senator Jesse Hamilton, who represents Brownsville, Crown Heights and Flatbush, Brooklyn, was reported to police by a self-professed Trump supporter for campaigning in his own district last Thursday (Aug. 9), the New York Post reported. His experience mirrors that of many other law-abiding people of color who have been confronted or arrested by cops after someone called 911 on them for no legitimate reason.

National outcry was sparked after a Philadelphia Starbucks manager’s 911 call led to two Black men being wrongfully arrested for just sitting in the store in April. The outrage seemingly hit another level when a woman, who was nicknamed “BBQ Becky” and reportedly identified as Jennifer Schulte, called police on a Black family for barbecuing in Oakland in May. These and several other incidents have motivated Hamilton to offer a possible solution to the widespread problem.

Hamilton introduced the 911 Discrimination bill in New York State on Wednesday (Aug. 15). The measure will help to stop the “misuse” of calling 911, he said in a tweet after his Campaigning While Black experience.

“That’s gonna be a hate crime,” said Hamilton, as reported by the Prospect Heights Patch. “This pattern of calling the police on Black people going about their business and participating in the life of our country has to stop.”

The state senator also addressed the Philadelphia Starbucks incident. “Waiting for your friends at a Starbucks is not a 911 call,” Hamilton said. “It’s a call of intimidation.”

Current legislation outlaws “false reports by designating racially-motivated 911 calls as hate crimes, especially in instances where the call results in police responding with the preconception that the person might cause a threat.” Hamilton’s bill would strengthen that legislation, pushing people who have the police called on them to report incidents and police to investigate whether those calls were justified. No word yet on when the bill could get approval to become law.