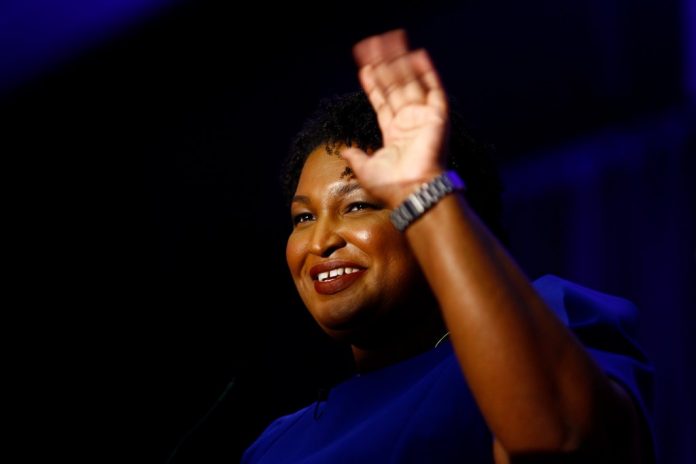 Georgia Democrats selected the first black woman to be a major party nominee for governor in the United States on Tuesday, choosing Stacey Abrams, a liberal former state house leader, who will test just how much the state’s traditionally conservative politics are shifting.

By defeating Stacey Evans, also a former state legislator, Ms. Abrams also became Georgia’s first black nominee for governor, a prize that has eluded earlier generations of African-American candidates in the state. The general election is sure to draw intense national attention as Georgia voters determine whether a black woman can win in the Deep South, a region that has not had an African-American governor since reconstruction.

She will face either Lt. Gov. Casey Cagle, the top Republican vote-getter Tuesday, or Secretary of State Brian Kemp. Mr. Cagle and Mr. Kemp will vie for their party’s nomination in a July runoff.

Abrams’s victory, confirmed by The Associated Press, came on the latest 2018 primary night to see Democratic women finding success, as voters in Kentucky, Arkansas and Texas also went to the polls. Among the winners was Amy McGrath, a former Marine fighter pilot, who upset Lexington Mayor Jim Gray in a House primary in Kentucky.