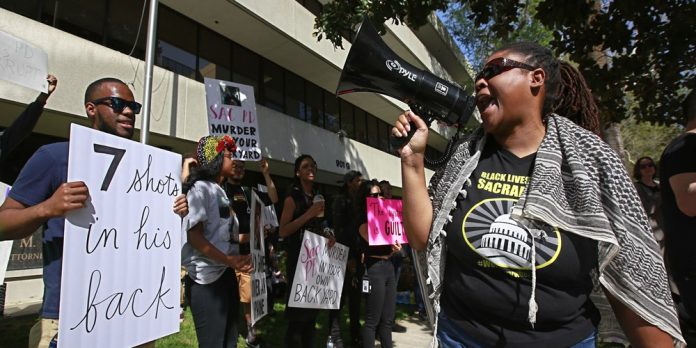 March 18 will make a year since Stephon Clark, an unarmed Black man, was shot and killed in Sacramento. Now, his family has filed a lawsuit against California’s capital city police officers involved in the shooting.

“The complaint, filed in the United States District Court for the Eastern District of California, names the two officers — Terrence Mercadal and Jared Robinet — as well as the City of Sacramento as defendants,” the New York Times reported. “It seeks at least $20 million in damages and was filed on behalf of Mr. Clark’s two sons, his parents and his grandparents.”

The lawsuit says Clark’s civil rights were violated. “There were other reasonable options available other than shooting and killing,” a lawyer for the family stated in the complaint.

“This family deserves answers and full transparency from the officers, the city and the Sacramento Police Department on the unjustified use of excessive and lethal force that killed Stephon Clark and robbed his children of a future with their father,” Brian Panish, a lawyer for Clark’s children, said in a statement.

Sacramento District Attorney Anne Marie Schubert claimed back in October that she needed even more time to investigate the shooting, according to CBS in Sacramento.

“We will take whatever time is necessary to complete that process, as we balance our desire to complete this investigation review in a timely manner with the overarching need to ensure any conclusions we reach are the result of a thorough and methodical evaluation of the facts and the law,” Schubert said.

The DA’s office also said the review was “strictly limited to an analysis of the action the officers actually took and whether that action is a prosecutable crime under the law.”

Sacramento police fatally shot 22-year-old Clark 20 times in his grandmother’s backyard during a vandalism investigation. Clark, a father of two, was holding a cell phone, which police thought was a gun, they said.

An autopsy performed by a world-renowned medical examiner determined Clark was shot in the back, yet there have been no charges or indictments and the cops who killed him are reportedly still working as police officers.

Our condolences go out to the friends and family of Stephon Clark.