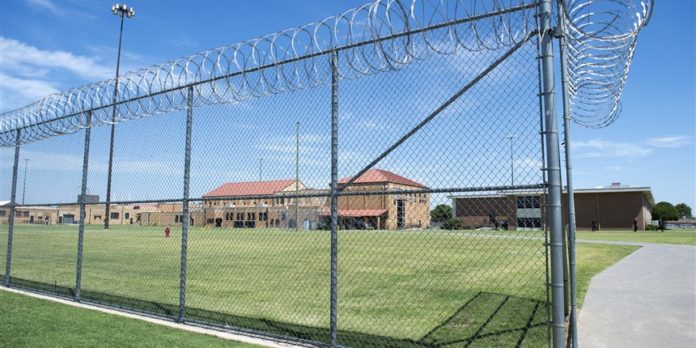 Oklahoma incarcerates more women per capita than any other state in the country but a nonprofit is hoping to combat that high rate by offering the services of public defenders to mothers in the state.

Still She Rises, is a public defenders’ office solely focused on representing mothers in the criminal justice system.

“We are public defenders. We are on the front-end of the work,” said Patrice James, an attorney with the nonprofit. “When a woman gets arrested, we are there to represent the women during her criminal case.”

As of Feb. 20, there are 27,209 incarcerated inmates across the state, 3,187 are women, according to Oklahoma Department of Corrections statistics.

They’re providing not only legal services, but a lot of support to women that have been involved in the legal system that really isn’t available to them anyplace else.

They’re providing not only legal services, but a lot of support to women that have been involved in the legal system that really isn’t available to them anyplace else.

Still She Rises, is an offshoot of the New York-based Bronx Defenders, and its Tulsa location is located in the northern part of the city, where the majority of Tulsa’s African Americans live.

Also, she added, the area in north Tulsa has some of the highest levels of poverty across Tulsa County.

“And so we believe in going where the need is greatest,” James said. “And because of the disparate impact of the criminal justice system in areas of poverty and communities of color, we felt that’s where we’re needed the most.”

Of the more than 200 clients that the office has seen since it opened in early 2017, an estimated 70 to 75 percent are black, James said.

The goal of the practice is to keep families together and keep mothers out of prison, she said.

“One of the fundamental rights we believe people have is the right to parent their children and that’s exactly, if you’re facing prison time, you can’t parent,” she said. “If you’re at risk of losing your children, you can’t parent, and for us, being able to parent and being able to parent in the manner you see best, is just a fundamental right. We believe the government should not interfere for no reason.”

James said the office sees a lot of child neglect and child abuse cases, but it can oftentimes involve a man. In many cases, she said, a stepdad may be charged with abusing the child and the mom is charged with allowing the abuse to continue. This is something that the lawyers didn’t often see in New York, James noted.

“It could be the mom is also being abused or wants to leave but can’t leave for all the reasons we know people stay in abusive relationships,” she said. “It’s problematic that Oklahoma charges so many cases. It’s just so punitive for mothers.”

In one instance, James said, a mother of four was arrested and charged with child neglect because she didn’t have enough food and furniture in the house. Still She Rises was able to get the bond amount reduced from $100,000 to $10,000, but the mother was still unable to afford it.

Instead, the woman was put in jail for a month before taking a plea that puts her on probation for two years. She’s also forced to pay fines and fees every month.

“The basis of her arrest is that she is poor,” James added.

Sociologist Susan Sharp, who has researched the issue of women in prison for several years and wrote a book on the topic called “Mean Lives, Mean Laws,” said Oklahoma has a lot of women without representation in the state, and it’s particularly true for certain parts of north Tulsa.

“They’re providing not only legal services, but a lot of support to women that have been involved in the legal system that really isn’t available to them anyplace else,” she said of Still She Rises.

In 2014, Sharp conducted a study examining the children of incarcerated parents. She found that children face a variety of challenges, including bad grades, trouble with friends and guardians, alcohol and drug problems, depression and suicidal behaviors.

This year, James said the organization hopes to expand, which will help serve more women in Tulsa. The nonprofit also started a housing practice, which fights evictions, as well as a family defense practice.

“Our internal focus is to continue to grow the office. We’re focused on bringing new talent in,” she said. “We are really excited to serve more women in Tulsa.”