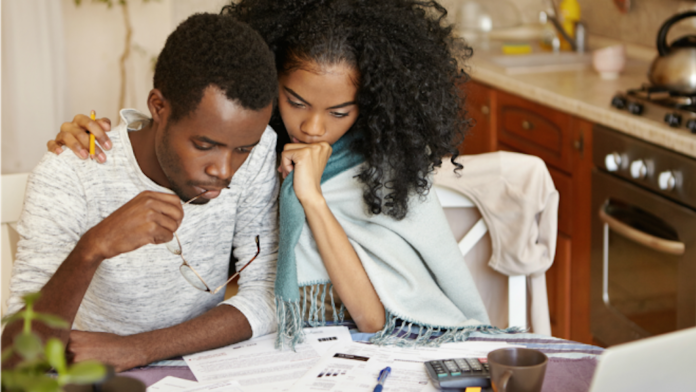 I don’t consider myself the most financially literate person but I know what it takes to maintain a decent credit score, created a pretty successful household budget and manage to deposit a few extra coins into my savings pretty regularly. What I do know is that I damn sure am more financially literate now then I was almost ten years ago when I signed my life away in the form of student loans. Luckily my parents were still working full-time when I decided to enroll in undergrad, despite me taking almost four gap years. They were both employed with major hospitals in Philly, so they were able to take advantage of tuition reimbursement programs that left me owing way less than I would have with no assistance. For my last year, I even qualified for a grant that covered a good chunk of my schooling. But even with all that assistance I still have about $23,000 in student loan debt today that hasn’t really hasn’t budged much from the original amount owed of $25,000.

For the first year, I completely deferred my loans and they sat and built up interest as I struggled to find full-time entry level work at the height of the recession. When I did land my first professional job, it was part-time and I pieced together other part-time gigs so I could begin chipping away at my iceberg of interest. All of my loans are federal loans, so at one point loan forgiveness looked like a bright light at the end of very long dark tunnel, but after reviewing the qualifications I found myself feeling like I was at Chuck E. Cheese staring at the remote control car on the prize wall that cost 250,000 tickets. My arm would damn near fall off from all of the skee ball I’d have to play to afford that. And that’s what student loan forgiveness qualifications feel like: A goal that takes a significant amount of time to achieve that leaves you thinking, “For all that I could’ve just bought the damn remote control car.” I had no desire to teach and working full-time at a non-profit for ten years in this economy is akin to working as a telemarketer and never having someone hang up on you.

Because of this I’ve gotten into a lazy, but comfortable reality that student loan debt will always be a part of my life much like having a second child. I’ve had friends that have gone above and beyond to give their lenders three times the minimum payment so that they can get Sallie Mae off their backs, but with that has come sacrifice that I’m not ashamed I haven’t been able to commit to. Like most people I like instant gratification and mine usually comes in the form of cruise vacations. But also I have a car note, utility bills, and expenses that affect my day that make it possible for me to go to work and earn money. And as much as I would love to put a little extra to my student loan debt, the way my account and household income is set up, it can sometimes be very difficult to do so.

For many, student loan debt is an annoying factor that may delay some milestones for today’s millennials but doesn’t necessarily make it impossible for them to live. According to Forbes, the average college graduate is walking away with an undergrad degree and about $37,000 of debt to match. And as of 2017, the country’s total student loan debt came in at a whopping $1.31 trillion from about 44.2 billion borrowers. Of course this debt can cripple some folks financially making it harder to get a loan for a home, and kicking your credit score in the shins before it even gets a running start. But what about when your student loan debt takes a hit to your personal life as well?

“Nola writes that her student loan amount represents the baby that she and her husband decided not to have — because of their student loans.”

Some chose to up and relocate their whole lives in search of student loan forgiveness:

Much like my own story, student loan debt may even have you look at marriage a little differently.  I probably would’ve married my husband even if Sallie Mae was blowing up his phone like a bitter ex-girlfriend, but admittedly it helped when I learned that he was making pretty decent money without a degree and that I would be the only one bringing student loan debt to our financial future. Kylee from Dallas, Texas worries how her $150,000 debt will impact her and her partner’s future and is reminded of financial struggles from her childhood:

“Kylee got a full-ride scholarship to college, but her husband has debt from his undergraduate and doctoral degrees. Then, she went for her MBA, adding to the couple’s debt. She once vowed never to go into debt because of her parents’ experiences, but now she’s facing loans. She’s scared about what happens if there’s a crisis.”

And while you may think that student loan debt issues only affect liberal arts and social work majors, putting yourself into more debt for that master’s or doctorate degree isn’t necessarily a sure thing either. One woman found herself struggling despite all her years of education after becoming ill. Another person found that in the time it took to earn his degrees, the job market had changed drastically:

“I received my undergraduate, my master’s, and doctorate from a prestigious university. After my residency I worked for six years in my field. I fell ill with chronic pancreatitis. If I file to discharge it may affect my ability for licensure and work in the future. Can’t buy a house; renting as my debt is a house at $200,000. Dream is dead.”

“I incurred a lot of student loan debt earning a Ph.D. and a master’s degree. The job market in my field was so bad that it took years for me to get a job as a professor. I couldn’t pay my loans because I had to work as an adjunct for years, and the pay was dismal. Now, I owe more than double my original debt just in interest and penalties.”

At 30-something, many of my friends and I find ourselves hitting somewhat of a salary ceiling after putting in a few years in our chosen professions. As we entertain the idea of pursuing master’s degrees to get an extra edge in a world where many employers would have you believe a bachelor’s degree is nothing special, many of us are asking ourselves is the extra debt even worth the salary bump? I can’t tell you how may applicants whose resumes I’ve reviewed boasting multiple degrees as they find themselves still competing for entry level work. As a friend of mine recently shared, student loan debt can affect your everyday transactions as well as your long term plans:

“The student loan debt that I’ve incurred from earning my bachelor’s degree has profoundly affected my credit score. I hate that this number has a hold on a lot of aspects of my life. I always get declined lines of credit and dread when sales associates at the different clothing stores I frequent ask me if I’d like to apply for their credit card since I know the end result. It’s also affected my plans of going to graduate school to pursue my Master’s degree. I work in social services and would love to earn an M.S.W. to further my career but the idea of accruing more debt on top of what I already have completely turns me off from the idea.”

A report in U.S. News shows that return-on-investment depends a lot on your field of study, and there is no set formula for any situation, but generally those with advanced degrees experience lower rates of unemployment. It’s important to keep in mind, however, that most grad students can find themselves carrying on average about $57,600 additional debt and that careers outside of academia, law or medicine may not see an instant salary increase or career bump. So if you’re looking to start the student loan shuffle all over again, financial literacy is key and it may help to crunch some numbers to break down how it will affect your financial future, something some of us may be a little more prepared to do now that we’re working professionals and not bright-eyed optimistic freshmen believing we could save the world and earn a decent living one Stafford loan at a time. Like many of us, my friend doesn’t regret the knowledge she’s gained from her studies, but does regret not being educated about what student loan debt looks like in the long run:
“I just wish I had been a lot smarter about how this piece of paper was going to be paid for.” 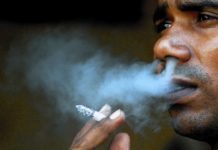 African Americans can push back against lung cancer 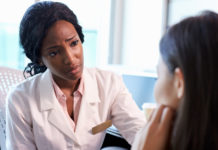 Affordable ways to get therapy 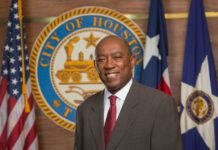