DefenderNetwork.com
Home LEAD STORY Teacher keeps job after telling students not to date anyone ‘Acting like... 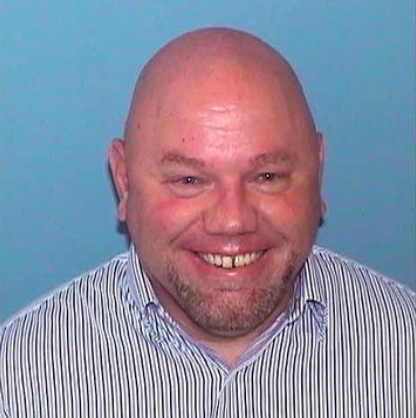 A Florida middle school teacher will keep his job after an investigation found he used a racial slur in front of students more than once and told them not to date black boys.

David Swinyar, a 48-year-old math teacher at Kernan Middle School in Duvall County, has also been accused by students of belittling them, confronting them in a “physically aggressive manner” and yelling at them, according to an investigation conducted by the Duvall County School District.

He will face a 10-day unpaid suspension after the investigation found merit to all the complaints.

In October of last year, while teaching his math class, Swinyar had a conversation with students about the word “fuck” after he overheard it in his classroom.

“If my daughter was dating someone who used the ‘f’ word, I wouldn’t have any respect for that n****r,” Swinyar said, according to the report. (The slur appears uncensored in the report.)

In the same conversation about dating, Swinyar used the slur again.

“If your boyfriend says bad things to you and/or treats you wrong, that means that he’s acting like a n****r,” he said, per the report. “You all should not be dating all these different African Americans [sic] boys because they are not worth it.”

Two dozen students in his class acted as witnesses for the report, and most agreed they clearly heard Swinyar say the word. Students said they were shocked, with one saying he wanted to “go on a rampage” after hearing the epithet. Black students called out Swinyar’s behavior.

“I never said that, but if I did, I am sorry,” he allegedly told students.

Swinyar defended himself further by saying he attends a black church, but then laughed and began mocking black preachers, students said.

“He loves to talk about politics and Donald Trump,” one student told the investigator.

“You are only enrolled in my class because you performed poorly on the standardized testing (FSA),” he allegedly told his class at one time.

After Swinyar used the racial slur during the October incident, a student in his class went to the school’s office to call his mother and tell her about what happened.

“Mr. Swinyar yelled at the student and called the student a liar,” the school’s office assistant told investigators. “He also snatched the phone away from the student.”

On Tuesday night, the Duval County School Board agreed to Swinyar’s 10-day suspension. Because of the “severity” of the incident, customary steps of issuing the teacher verbal and written reprimands were “skipped” in favor of the suspension, a spokesperson for Duval County Schools told HuffPost.

Swinyar’s suspension comes less than a week after another Florida teacher lost her job following a HuffPost investigation found she had a white nationalist podcast.

Swinyar did not return a call for comment from HuffPost.

In the report, one parent said there needed to be a “heightened awareness surrounding racial issues in the country as a whole” and that she “believes our school system should seek to provide a safe haven for our students.”

“Moreover, this is not the first racial incident between a teacher and a student at Kernan Middle School,” that the mother has experienced, she told investigators.