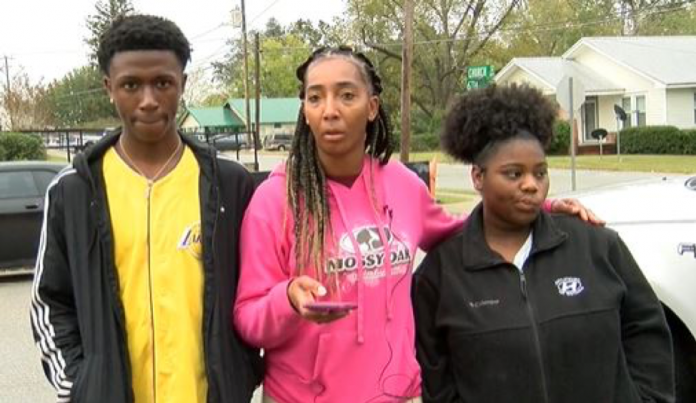 Black Alabama students and parents are speaking out after a student leaked a teacher group chat calling one student the n-word and speaking down on another’s intelligence.

In the chat dubbed “Bad A B’s,” educators allegedly accused Ashford High School student Anastasia Williams of being pregnant and said she isn’t the sharpest student and is also quiet, according to WDHN.

“That n—– so slow he can’t walk and chew gum,” the teacher allegedly said.

Preyun told the news agency although he knows the teacher who used the slur and didn’t think she used language like that, he’s had a bad experience at the school before due to race.

“I don’t like this school, period,” he said. “They racist, all of these folks racist.”

A student WDHN interviewed reportedly saw the chat, took video of it and sent it to several people.

Anastasia told the news station after the video was leaked, one of the teachers apologized to her.

Multiple parents told WDHN there have been incidents in the past with teachers at the school.

Some sprayed the chairs of students due to smell and called them less fortunate, the news station reported.