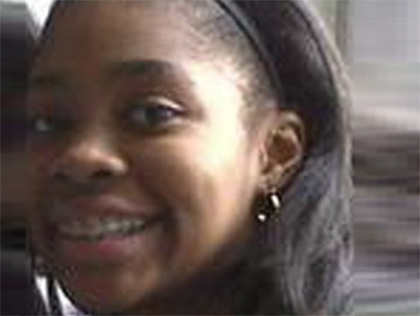 Now another girl has disappeared; 15-year-old Victoria Garrett was reported missing on June 5.

Via WGN in Chicago, “Victoria Garrett, 15, was last seen Monday in the 4000 block of West Grenshaw Street. She is also known to frequent the areas of 13th Street and Lawndale Avenue and Chicago Ave and Hamlin Avenue. She is described as African-American, 5 feet 4 inches and 160 pounds with brown eyes and black hair.”

WGN reports that Chicago Police Department “has not determined the cases are related.”

Stanislawczyk is white and the others are Black.

Rev. Robin Hood told WGN, “We started noticing that young women were disappearing and nobody was finding them. Increasingly, the neighborhood began to talk about people that were missing. We know sometimes that people who are runaways or missing — they sometimes show up. But the fear that we have … is that these last four young ladies didn’t show up, and one of them is dead. It’s terrifying. It really doesn’t take a rocket scientist to figure out something is going on.”

When Davis disappeared, rumors began circulating on social media that she was found mutilated and some of her organs were missing. The Chicago Police Department told NewsOne they “cannot confirm those details and the cause of death is unknown.”