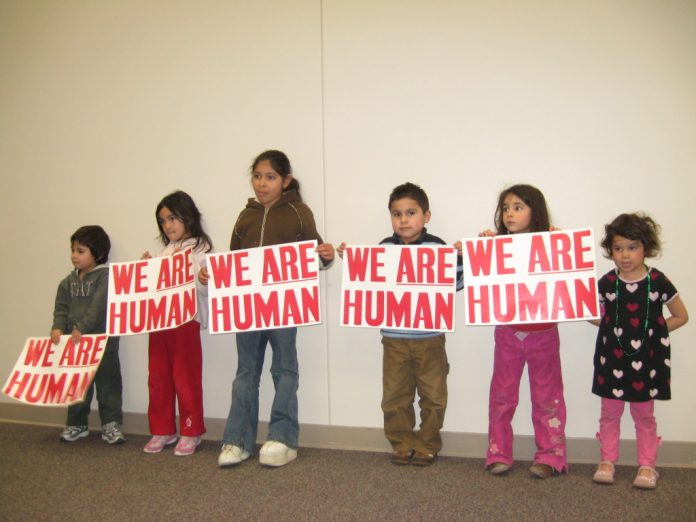 The Trump administration’s policy of separating children from their families at the U.S.-Mexico border to disincentivize crossings has been slammed for its unnecessary cruelty across the political aisle.

But as shocking as it is to see nearly 1,500 Latino children housed in a former Walmart adorned with a sketch of President Donald Trump, it’s not the first time American leadership has endorsed the separation of families of color.

America has been a place where children are torn from the arms of their parents since the time of slavery. (Alarmingly, the Bible verse cited by Sessions, Romans 13, was also used to justify enslavement.) As soon as they were old enough to work, young black children could be sold off. In many cases, these children never saw their families again.

Later, the U.S. decided to pursue a similar approach with Native American children, sending them to government-run boarding schools en masse in the late 19th century. Col. Richard Pratt, who founded the first such school, believed the establishments would help Native Americans assimilate into Eurocentric American culture. He lived by a motto: “Kill the Indian, save the man.” The boarding schools lasted into the 20th century.