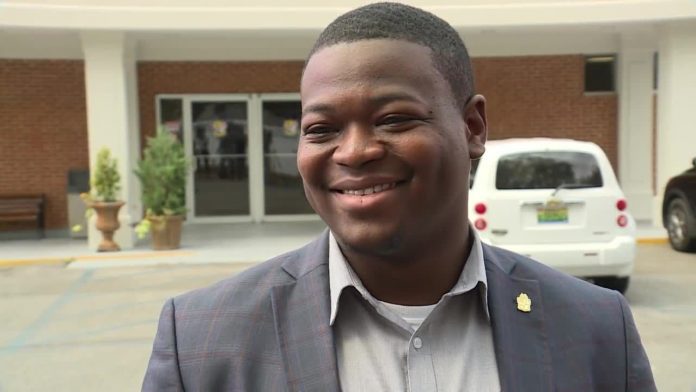 In what resulted in a history-making runoff election, residents of Talladega, Alabama, elected the city’s first Black mayor on Tuesday.

Timothy Ragland, 29, defeated incumbent Jerry Cooper by a margin of just 24 votes, WBRC reported Oct. 8. And given that Ragland is still under 30, his win also makes him the youngest mayor in Talledega history.

“It speaks to [the fact that] we’re not just a city that’s … stuck in the past. It’s 2019,” he told WVTM 13 Wednesday of his historic win. “It speaks to how much that we’re together. I’m standing on the shoulders of giants.”

The giants Ragland cited included John Lawrence Taylor, who was the first African-American elected to city office. He served two terms as councilman from 1975 to 1983 and had remained on the city’s water board until he died in 1985, according to WRBC. Ragland also noted the first African-American woman elected to City Council in the late Edythe Sims.

“I have a lot of work to do to fill out their shoes,” Ragland adds, before noting he felt “overwhelmed” once he saw the final voting numbers.

“I hope it shows that if you work hard, you can achieve anything despite whatever odds may be against you,” he said of those who saw his win. “Anything is possible if you put the work in and you have belief.”

Ragland, who will be sworn into office on Nov. 4, told The Anniston Star ahead of the run-off that he “will use his office to advocate for the citizens of Talladega. We deserve a mayor who does more than ribbon cutting and proclamation signing. Talladega deserves a voice that will speak from the mayor’s office on behalf of all of our citizens.”

Cooper had been the mayor of the city for a single term and served in the position, which has no actual executive power, since 2015.

“I respect (the people’s) thoughts, and what they wanted to do. I love Talladega. I love the people here. And I have helped this city. But the people have spoken,” he said to WBRC after the runoff election.

Meanwhile, many have been congratulating Ragland, who is currently working to obtain a law degree from the Thomas Goode Jones School of Law while working as a judicial clerk, for his victory. Ragland joins Steven Reed in making history as he was just elected as the first Black mayor of state’s capital, Montgomery.

“Congratulations Tim! The rest of the country is watching. Godspeed.”