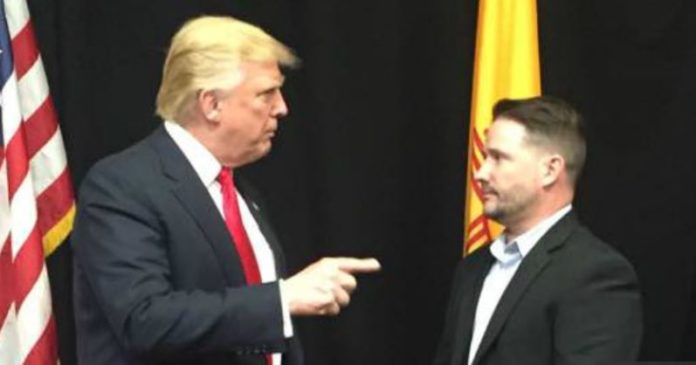 A Trump appointee to the Pentagon, who gleefully posted false claims on social media about President Barack Obama’s birthplace, isn’t laughing anymore now that he’s out of a job.

Before getting his Pentagon job in 2017, Johnson posted disparaging remarks and conspiracy theories about Obama. In one instance, he shared a video in 2012 titled “Michelle Obama admits Barack Obama’s home country is Kenya.” This came after the former president released his long-form birth certificate in 2011, which showed that he was born in Hawaii. Johnson also shared a joke about Obama dying in a plane crash and a video that claimed Obama was the Anticchrist.

In a 2012 racist dog whistle post, he shared a photo of a newspaper’s letter to the editor that compared people who receive food stamps to animals. “Those who love the entiltement (sic) programs will not get this,” Johnson commented.

How does someone like Johnson get a security clearance to work at the Pentagon? He was an advance officer, responsible for providing logistical support for Secretary of Defense Jim Mattis’ event appearances at home and overseas, according to CNN. He has traveled extensively with Mattis and other high-profile officials.

Trump has a history of appointing racists to government positions. The network previously exposed Carl Higbie, who served as chief of external affairs for the government’s volunteer service organization. Speaking on a radio show, he stated that Black people have “lax” morals and Black women think “breeding is a form of government employment.” Like Johnson, Higbie also resigned.