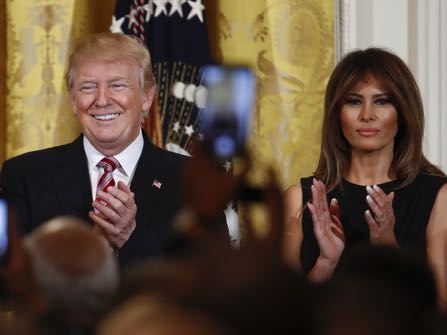 President Donald Trump is marking African American History Month by pledging to make real the vision of “every American patriot” who fought and sacrificed for freedom.

Trump celebrated the annual observance at a White House reception Tuesday and said this year’s theme is “African-Americans in times of war.”

The president says black Americans in the military defended the dream that inspired Frederick Douglass, Harriett Tubman, Booker T. Washington, Rosa Parks and Martin Luther King Jr., among others. He says it’s the dream of a nation where all succeed and thrive despite color, creed or background.

Trump says “we must do our part to make that vision real for every single American” and is pledging “we will not fail.”