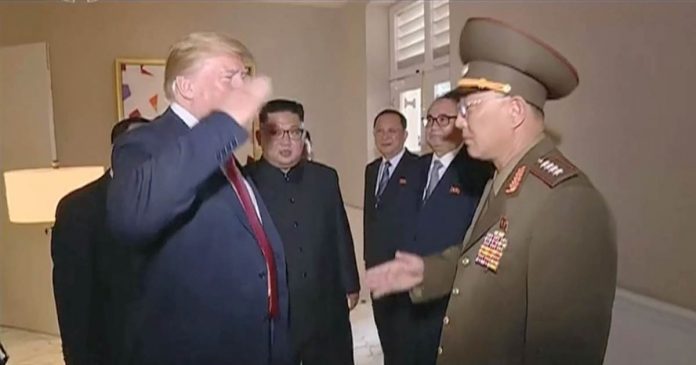 If Barack Obama had behaved the way President Donald Trump has, Republicans would be demanding investigations and an impeachment proceeding.

In fact, more than a year after Trump took office, Republican outrage over anything and everything Obama or Hillary Clinton-related still knows no bounds. In fact, for fun, I periodically tune into Fox News, because on that network Clinton is actually president — at least on the days they aren’t suggesting Barack Obama still is, and he’s to blame for some current wrong.
They are so petty that GOP Rep. Peter King was once outraged that Obama dared to wear a tan suit to a press conference! Imagine if Obama had saluted a general in the brutal North Korean military the way Trump did at the summit in Singapore this week.
Beyond that, congressional Republicans commissioned hearing after hearing when it came to Obama and Clinton. For example, GOP-controlled congressional committees conducted five probes surrounding the 2012 Benghazi terrorist attacks. They even appointed a special panel that investigated the Benghazi incident for over 2½ years at a price tag of nearly $8 million of our tax dollars.
Even today, the Republicans in Congress are still investigating Hillary Clinton’s emails. And Trump recently alluded to the need for additional investigations of Obama, when he tweeted: “Why didn’t Obama do something about the meddling? Why aren’t Dem crimes under investigation?”
But where are the investigations by Congress of Trump — or even the outrage over Trump’s apparent misconduct and possible crimes? Sure, a few brave and soon-to-retire Republicans have spoken out, but it seems the majority of the GOP fears Trump’s “cult,” or as I call it “Cult 45.” In the spirit of transparency, good government and rooting out corruption, there need to be congressional investigations into a variety of Trump-related activities.
Just imagine…
Trump Tower transcripts give Mueller more fodder
1. If Obama had a chain of hotels where foreign government officials and others trying to curry favor with the Obama administration stayed, the Republican Party leadership would have been demanding investigations into his finances. And yet, they remain silent as Trump stands accused of violating the Constitution’s Emoluments Clause for potentially doing just that. In fact, there is a federal lawsuit pending by Maryland and Washington, D.C., attorney generals alleging Trump personally profited from foreign dignitaries staying at his Washington hotel — which they deem a violation of this anti-corruption clause.
2. If Obama had stayed at his own hotel and made taxpayers foot the bill for his protection, the Republican Party leadership would have been demanding a full accounting of his costs to the taxpayer. And yet, they remain silent, even though Trump has been using American tax dollars to cover his stay at his hotels. Trump has stayed at his own properties well over 100 times since being sworn in as President and has charged taxpayers for services he used while there. For example, Trump billed us over $130,000 for the Secret Service’s use of golf carts while protecting him at his golf courses.
3. If Obama had a charity with questionable spending habits, the Republican Party leadership would have called for an investigation into his charity. (Lord knows they have been doing it to Hillary Clinton regarding the Clinton Foundation!) And yet, it remains unlikely we will hear any Republicans call for investigations into Trump’s charity despite the fact that the New York Attorney General filed a lawsuit on Thursday alleging Trump and his three eldest children engaged in “persistently illegal conduct” at the President’s personal charity.
4. If Obama had lied about a letter he helped Sasha or Malia write, the Republican Party leadership would have branded him dishonest and questioned his integrity. And yet, they remain silent, even as news breaks that Trump helped his son draft a misleading letter about the nature of his meeting with Russian nationals at Trump Tower, one which was set up to get dirt on Hillary Clinton. 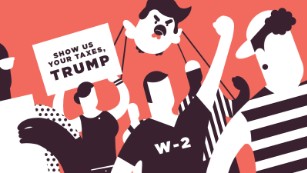 10. If Obama’s daughters had potentially benefited from a deal their father had done with a foreign country, Republican Party leadership would have demanded a thorough investigation into the President’s family’s business dealings. And yet, they remain silent, even after Ivanka Trump recently received approval for trademarks from the Chinese government — in the same time frame as her father agreed to help Chinese-owned phone company, ZTE.
And the list goes on.
If Democrats reclaim either or both chambers this fall, you can be certain they will begin to investigate these scandals. But until that day comes, we can expect more double standards, as the GOP protects Trump at the expense of the American people.